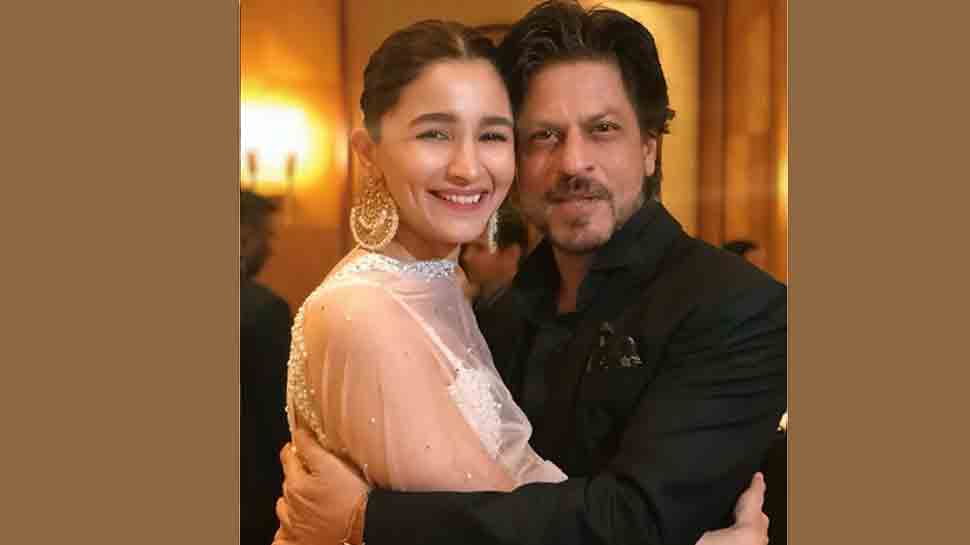 New Delhi: The Mukesh Bhatt's daughter Sakshi Bhatt got married to his beau Mazahir in a private wedding ceremony on Friday in Mumbai. And her wedding reception was a star-studded bash. The reception was attended by several A-list celebs including Amitabh-Jaya Bachchan, Bipasha Basu-Karan Singh Grover, Hrithik Roshan, Ranveer Singh, Anil Kapoor, Akshay Kumar, Rajkummar Rao-Patralekhaa among others.

Sakshi's cousin and noted filmmaker Pooja Bhatt shared a series of pictures from the ceremony on her Instagram account. And there was one picture that caught our attention.

In the photo shared by Pooja, her sister Alia Bhatt and King of Romance Shah Rukh Khan are seen hugging each other tightly, giving us a 'Dear Zindagi' feel.

Both Shah Rukh and Alia looked extremely happy to see each other at the bash and the moment was captured and shared by Pooja Bhatt.

Take a look at the photo:

There are stars and then there are planets unto themselves... as for me,I find it impossible not to love these two! __#aboutlastnight #oneforthearchives

On the professional front, Shah Rukh is all set to begin shooting for Farhan Akhtar's 'Don 3'. He also has another film, titled 'Salute' in his kitty, which is a biopic on astronaut Rakesh Sharma. Alia, on the other hand, is all set to be seen next in 'Gully Boy'.