Shah Rukh Khan to team up with Akshay Kumar for a film? Here's what we know

Makers of a Malayalam hit film ' Kodathi Samaksham Balan Vakeel' are planning to cast the two superstars for the Hindi remake. 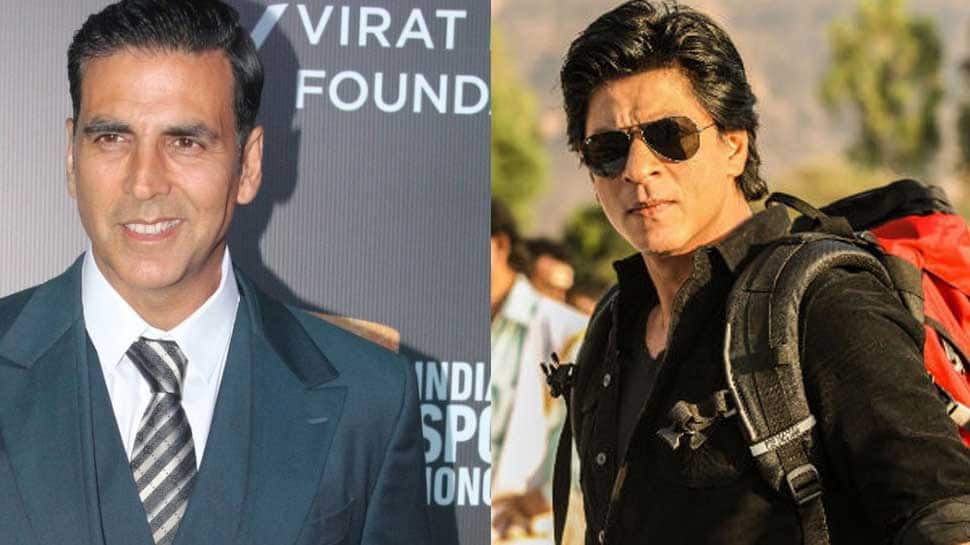 New Delhi: Two of the biggest stars of Bollywood—Shah Rukh Khan and Akshay Kumar—might team up for a film after a long hiatus. As per a report in DNA, makers of a Malayalam hit film ' Kodathi Samaksham Balan Vakeel' are planning to cast the two superstars for the Hindi remake. The original stars superstar Dileep, Mamta Mohandas and Priya Anand in lead and hit the screens in February 2019.

DNA quotes Unnikrishnan, director of Kodathi Samaksham Balan Vakeel telling a website, “Viacom (the production company) is considering remaking the movie and discussions are in the initial stages. We are talking to both Akshay Kumar and Shah Rukh Khan for starring in the movie.”

Will the actors give their nod for the project? Time shall tell!

On a related note, Akshay's upcoming film 'Kesari' has created quite a buzz with its power-packed trailer. The film stars Akshay playing the role of a fierce Sikh warrior and tells the story of Havildar Ishar Singh who participated in the Battle of Saragarhi (in which an army of 21 Sikhs fought against 10,000 Afghans in 1897) while yearning for the respect of his estranged daughter.