Vidya Balan plays Vidya Vincent - a Divisional Forest Officer (DFO) has a major task to tame and capture the T12 tigress, who has claimed several lives and is on a prowl. 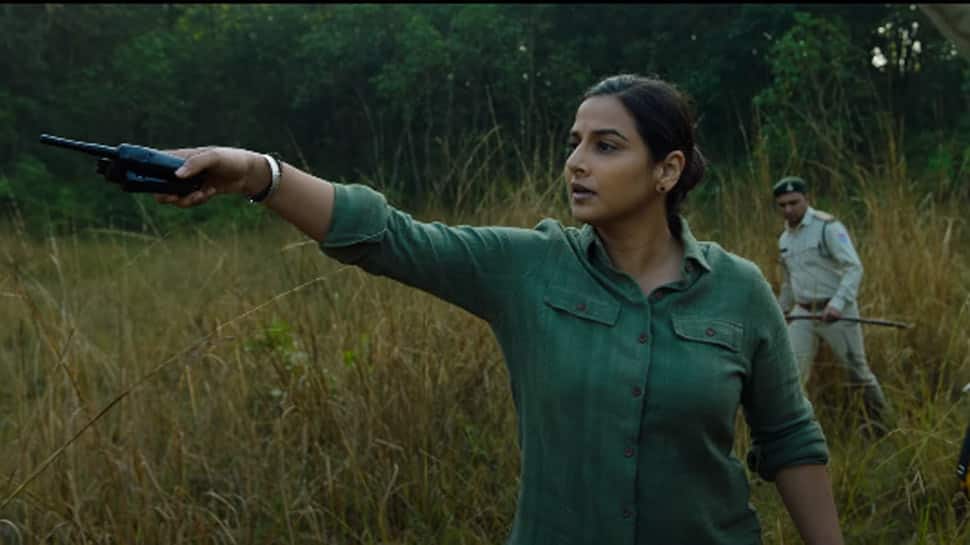 What a roar! After a really long wait, a film which actually keeps you at the edge of your seats is here - SHERNI. Well, quite literally, the title comfortably is synonymous with lead actress Vidya Balan leading the pack. Director Amit Masurkar of Newton once again proved his finesse and understanding of the script.

WHY SHERNI IS WORTH A WATCH

Right from a tight screenplay by Aastha Tiku to thundering performances by supporting actors - Sherni is a towering example of how to present a multi-layered story in this Amazon Original. It strongly shows how the existence of red-tapism, intertwined at workplaces with casual sexist comments flying here and there - amid a dark exploration of wild spaces.

Vidya Balan plays Vidya Vincent - a Divisional Forest Officer (DFO) has a major task to tame and capture the T12 tigress, who has claimed several lives and is on a prowl. The plot moves smoothly showing how Vidya finds herself trapped in a man's world with many pressure-building tactics trying to hold her back.

Never does the lead actress lose her composure, Vidya Balan has done full justice to her part and once again proved why she remains the best choice for character roles.

Newton director Amit Masurkar must be lauded for his vision and highlighting a major issue of man vs wild which remained untouched in cinema before Sherni howled.

Rakesh Haridas behind the camera takes us into the deep forests through his lens and we are swayed into the wilderness, unchained.

There are a few dialogues that ring a bell, forcing viewers to ponder how nature has been exploited by us and what if the wild animals switch on their bestial mode back at humans."Sher hain to jungle hai, jungle hain to baarish hain, baarish hain to paani hain aur paani hai toh hum hain," by Hassan Noorani, played by Vijay Raaz leaves an impact.

This Sherni will keep you hooked, booked and cooked for most parts. Watch the thrilling jungle safari riding high on emotions as Vidya Balan anchors you through the wilderness with courage and brilliance.

'Man is a social animal, trapped in human body', if this doesn't wake you, then nothing will!

BellBottom will play a huge hand in bringing people back to the theatres, says Vaani Kapoor