Shiv Sena workers created ruckus inside the premises of a film theatre in Mumbai as it did not display 'Thackeray' movie poster. 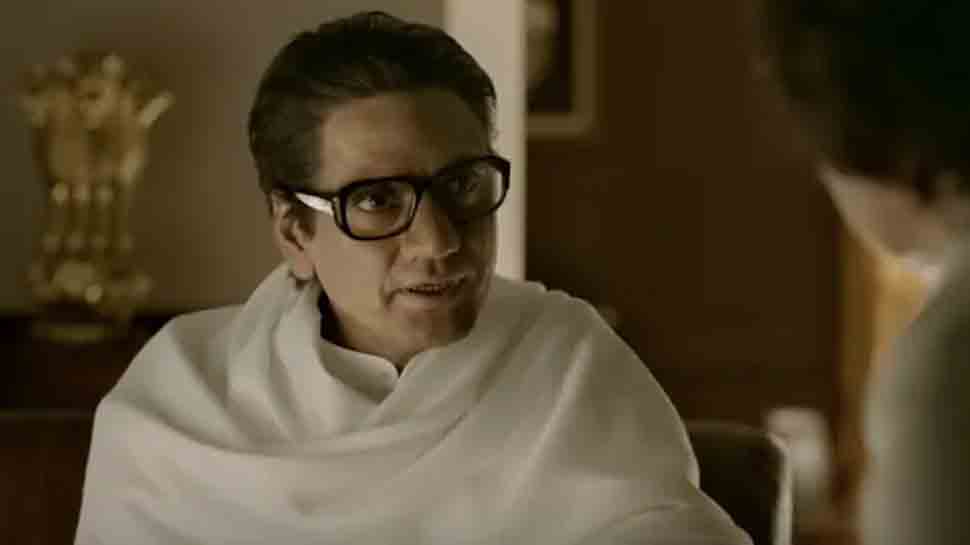 Mumbai: Shiv Sena workers created ruckus inside the premises of a film theatre in Mumbai as it did not display 'Thackeray' movie poster.

The workers of Shiv Sena on Thursday staged a protest outside a theatre in Vashi, against the theatre's management for not installing posters of the film inside the theatre. In a video from the incident, the group of protestors can be seen staging a sit-in protest and shouting slogans.

During the protest, the workers also got into an argument with the theatre staff. Based on the life of Shiv Sena founder Bal Thackeray, the film hit the big screens on Friday, commemorating Thackeray`s birth anniversary.

Shortly after the trailer of the film came out in December, the release date of the film attracted a lot of controversies. Many claimed that the film is deliberately being released ahead of elections as part of a political agenda.

However, in an exclusive interaction with ANI, Nawazuddin Siddiqui, who plays the role of Bal Thackeray in the film and Amrita Rao, who will feature as his wife Mina Thackeray, refuted those claims and asserted that the only reason behind releasing the film in January was that January 23 is Bal Thackeray's birth date.

RAW teaser: John Abraham outperforms himself as an intriguing spy