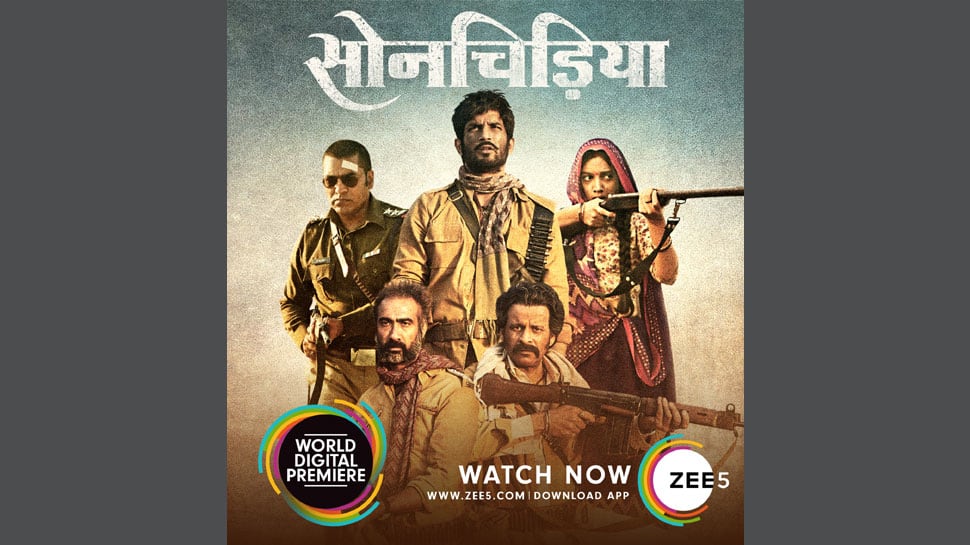 Directed by Abhishek Chaubey and produced by Ronnie Screwvala, Sonchiriya is set against the background of Chambal in the 70's where rebels also called baaghis were on the rise.

The film depicts how Chambal was dominated by dacoits and multiple gang wars took place to gain power and control in the region. The film gives audiences a sneak peek into this grim situation which has engulfed Central India during that era.

Abhishek Chaubey, Director, Sonchiriya, commented, "Sonchiriya is a film made with a lot of heart and was appreciated by those who went into the theatres to see it. It is a compelling story and now that it is releasing on a powerful digital platform, we are sure to reach a wider audience base."

Manish Aggarwal, Business Head, ZEE5 India said, "Staying true to our brand promise, we offer our viewers innovative and fresh content. The global digital premiere of latest Bollywood blockbusters is getting appreciated from audiences across the world. Our recent releases - Uri and Simmba have got us great traction on the platform and with Sonchiriya, the critically acclaimed movie which hit theatres in March, we plan to take a step further in strengthening our movie content offering."

Clint Eastwood may direct 'The Ballad of Richard Jewell'