No casualty was reported in the explosion. 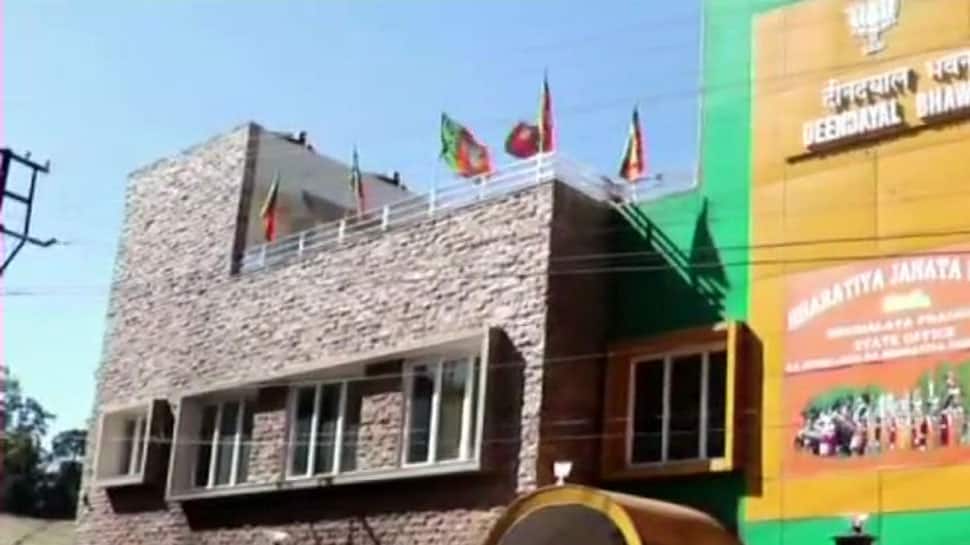 Shillong: Petrol bombs were hurled at the BJP headquarters in Shillong, police said on Monday. No casualty was, however, reported in the explosion which took place on Sunday.

Following the attack, BJP leader Alexander Laloo Hek said, "We condemn any kind of violence. We will write a complaint to the Home Minister to find the culprit and take action."

Meghalaya: Petrol bombs were hurled at BJP head quarters in Shillong yesterday. Alexander Laloo Hek, BJP says," We condemn any kind of violence. We will write a complaint to the Home Minister to find the culprit and take action." pic.twitter.com/O1ZWhtOdXP

Superintendent of Police of East Khasi Hills district, Davis NR Marak said that an investigation has been initiated into the bomb attack.

The office does not have CCTVs installed and hence it is up to the police to identify the assailants, he said.

Protests were on in various places of the region over the Citizenship (Amendment) Bill.

The Bill was introduced in the Lok Sabha to amend the Citizenship Act, 1955. It seeks to grant citizenship to people from minority communities - Hindus, Sikhs, Buddhists, Jains, Parsis and Christians from Afghanistan, Pakistan and Bangladesh after six years of residence in India instead of 12 even if they do not possess any proper document.

The Bill has been opposed by a large section of people and organisations in the Northeast.

Meghalaya mine: No change in water level