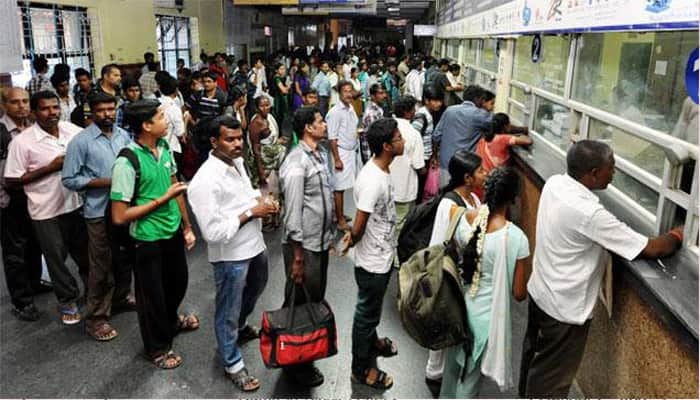 New Delhi: In a move to save you from standing in long serpentine queue just for cancelling a train ticket, Indian Railways has announced that a confirmed ticked booked over the counter can now be canceled over a phone call or through SMS.

Minister of Railways Suresh Prabhu inaugurated the service on Friday. The following are the key points one needs to remember to get a confirmed train ticket canceled:

1. To cancel the confirmed ticket, one will need to dial 139.

2. As the Interactive voice session begins, it would ask you the PNR Number and Train Number.

3.One Time Password (OTP) will be received on the registered mobile number of the person who booked the ticket .

If the mobile number has not been given at the time of booking the ticket, the facility cannot be availed.

4. One will have to furnish the OTP before the journey-commencing station to claim the refund.

Customer has to collect the permissible refundable amount across the PRS counter within the prescribed time limit.

6. For trains departing between 06:00 hours to 18:00 hours, the refund could be claimed after two hours of departure.

7. For trains departing between 18:00 hours to 06:00 hours, the refund could be claimed within fours hours of departure

8. A ticket would be considered canceled only if there is at least a period of four hours remaining for departure.

A ticket can be canceled in normal circumstances only and not in case of late running of trains or cancellation of trains etc.

9. A ticket booked over the counter or ticketing window can also be canceled over SMS. One would need to text the PNR number on 139. The OTP received will have to be furnished to  the counter of journey-commencing station, or nearby satellite PRS locations defined by Zonal Railway.