E-filing of income tax returns for the assessment year 2016-17 was launched today for a select category of entities and individuals even as the IT department provided an online calculator for filers to do an easy check and obtain their annual tax liability. 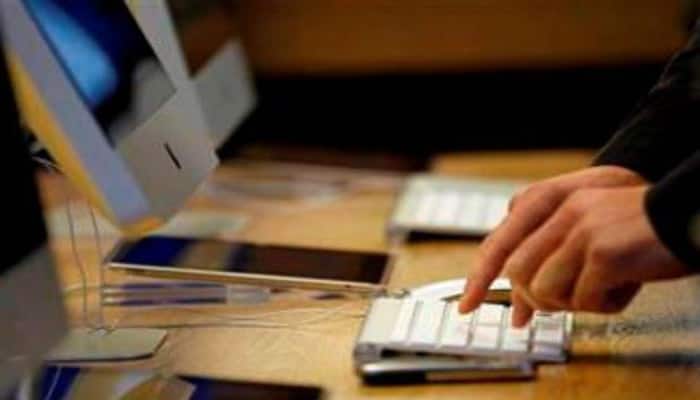 New Delhi: E-filing of income tax returns for the assessment year 2016-17 was launched today for a select category of entities and individuals even as the IT department provided an online calculator for filers to do an easy check and obtain their annual tax liability.

"Two Income Tax Returns have been activated over the official e-filing portal of the department today.

The other ITRs will be hosted on the same portal soon, the officer said.

The web portal is--http://incometaxindiaefiling.Gov. In/.

The ?tax calculator? is an online computer-based programme hosted on the website of the tax department and is meant to help taxpayers or filers assess their tax liability.

The calculator works once a filer correctly feeds his basic details and information, as notified for the current assessment year by the government.

Last year, the e-filing commenced on July 1 as there was delay in finalisation of the ITR forms because of the controversy generated over a 14-page document requiring assesses to disclose bank account and foreign travel details.

Later the form was simplified and the number of pages was reduced to three.

This year, the Central Board of Direct Taxes notified the new forms on March 30 and ITRs can be filed till the stipulated deadline of July 31.

At the time of filing the form, the taxpayer has to fill in his PAN, personal information and information on taxes paid and TDS will be auto-filled in the form.

Officials said the calculator has been updated and calibrated by the department as per the new announcements made in respect of tax rates in the latest Budget.

The facility can be used by any taxpayer whether individual, corporate or any other entity, to compute their tax liability.

However, there is a word of caution from the tax department that filers should not solely rely on it as complicated cases of ITR have different requirements which may not be addressed by the calculator.

"The calculator is only to enable public to have a quick and an easy access to basic tax calculation and does not purport to give correct tax calculation in all circumstances.

"It is advised that for filing of returns the exact calculation may be made as per the provisions contained in the relevant Acts, Rules etc," the tax department said in a disclaimer.

The official said the calculator has been hosted on the website of the department-- www.Incometaxindia. Gov.In--, for the ease of all who either do e-filing or manual filing of ITR.

The calculator has been enabled to compute the total tax liability of an individual or any other category of taxpayer under various heads like income from house property, capital gains, profits and gains of business or profession and agricultural income, among others.

People with an income of more than Rs 50 lakh per annum and who own luxury items like yacht, aircraft or valuable jewellery will now have to disclose these expensive assets with the IT department in the new ITRs.

ITR 1-SAHAJ, 2 and 2A can be used by individual or Hindu Undivided Families whose income does not include income from business.

ITR 4S - SUGAM can be used by an individual or HUF whose income includes business income assessable on presumptive basis.

It can also be filed by a firm, other than a limited liability partnership firm.

GST to roll out soon; retrospective taxation thing of past: PM Modi