For the unversed, Hitesha Chandranee had accused the Zomato delivery executive of assaulting her which left her nose bleeding in a video, the person in question, however, denied all her claims. 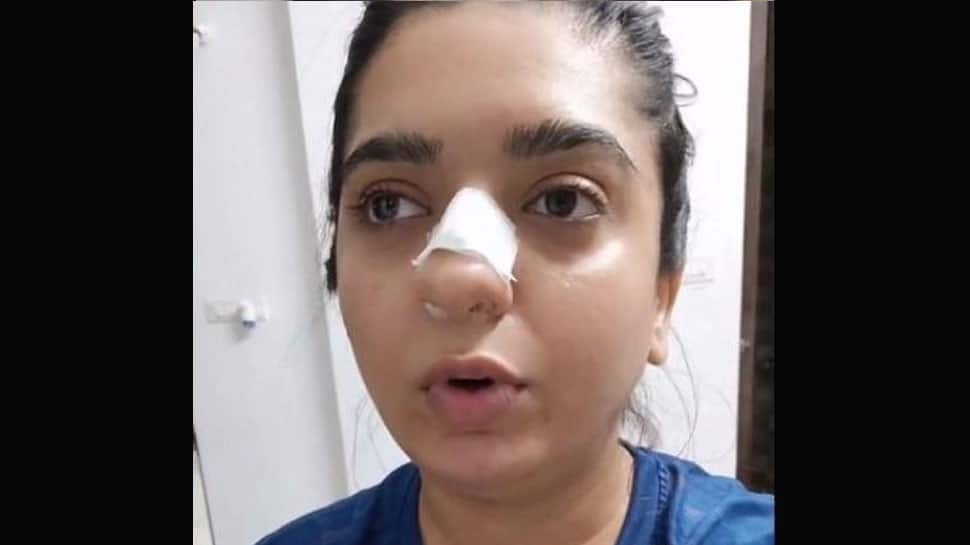 New Delhi: Days after the Zomato delivery boy controversy took place, the Bengaluru woman Hitesha Chandranee, who accused the former of assaulting her and injuring her nose has now opened up on facing threats after the incident.

Hitesha Chandranee took to her Instagram account and wrote: Since the incident occurred, I have been harassed, abused and my life has been threatened. I have kept my silence as anything I say gets twisted. I do not have any PR agency to support or back me. I have had to take medical treatment for my nose which was fractured due to the incident. I have received many calls from various people using repulsive and threatening words against me. They have threatened my life and have been threatened to harm my family. I am being assualted online in all platforms, be it email, WhatsApp, YouTube, Instagram in addition to regular calls and messages.

For the unversed, Hitesha Chandranee had accused the Zomato delivery executive of assaulting her which left her nose bleeding in a video. The person in question, however, denied all her claims.

The delivery executive Kamaraj claimed to have pleaded to her for paying the bill but the woman called him a 'slave'. After which, the Zomato support told the guy that the order has been cancelled, but the woman refused to give back the food.

Zomato delivery executive Kamaraj, who was accused by Hitesha Chandranee of assault, lodged a formal complaint against her on Monday (March 15).

In the FIR, Kamaraj has accused Hitesha of hitting him with slippers, falsely accusing him of hitting her, assaulting, defaming him, and hurling abuses at him. Kamaraj has filed an FIR at Electronic City Police Station in Bengaluru, Karnataka.