The case against Asthana was lodged after Hyderabad-based businessman Sana in his complaint to the CBI had alleged that he paid a bribe of Rs 2 crore to Asthana so that he could be spared of any action in an investigation linked to meat exporter Moin Qureshi. 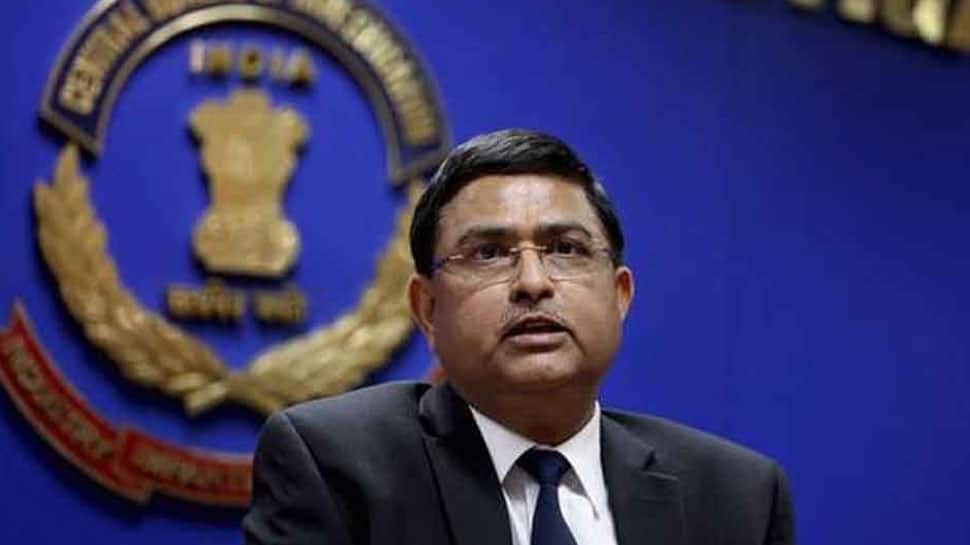 New Delhi: The Central Bureau of Investigation (CBI) on Tuesday gave a clean chit to former CBI Special Director Rakesh Asthana and R&AW Chief Samant Goel in a bribery case registered by the agency in 2018.

The CBI has chargesheeted Dubai-based private person Manoj Prasad, whom it had earlier arrested. The investigating agency has moved an application in the court contending that further probe involving his brother, Somesh and Sunil Mittal, is required.

The CBI also concluded that there was no connection between Asthana and Prasad. The CBI also stated that "there was no role of any public servant" in the discussion Hyderabad-based businessman Satish Babu Babu had with Prasad.

Asthana was booked on allegations of criminal conspiracy, corruption and criminal misconduct under relevant sections of the Prevention of Corruption Act (PC Act) on a complaint filed by Sana.

Asthana had strongly refuted the charges.

The CBI on October 15, 2018, had registered an FIR against Asthana for allegedly accepting a bribe from an accused probed by him in return for ensuring relief and a clean chit in the case.

The case against Asthana was lodged after Hyderabad-based businessman Sana in his complaint to the CBI had alleged that he paid a bribe of Rs 2 crore to Asthana so that he could be spared of any action in an investigation linked to meat exporter Moin Qureshi.

The money was allegedly paid over a 10-month period, starting from December 2017. Sana was being investigated by an SIT team headed by Asthana when he had accused him of accepting bribes. As per Sana`s complaint, he had met Prasad, who claimed to have good relations with Asthana. Sana also alleged that Prasad`s brother, Somesh, would help him in getting a clean chit from Asthana.

Sana, a close aide of Qureshi, was arrested on July 27 last year by the Enforcement Directorate in a money laundering case.

In October 2018, the battle between then Director Alok Verma and Special Director Rakesh Asthana became public, leading the government to intervene in the matter and transfer both the officers.