Students of SRM University at Kattankulathur area in the outskirts of Chennai staged a demonstration inside the campus Thursday night, alleging inaction by the administration on a sexual harassment complaint by a woman student of the varsity. 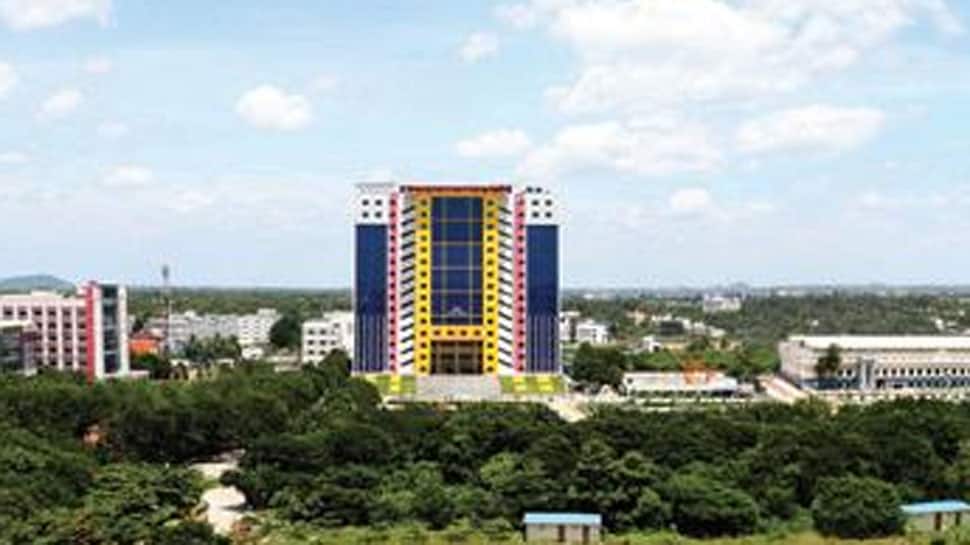 Chennai: Students of SRM University at Kattankulathur area in the outskirts of Chennai staged a demonstration inside the campus Thursday night, alleging inaction by the administration on a sexual harassment complaint by a woman student of the varsity.

SRM University Vice-Chancellor Sandeep Sancheti, however, denied the allegations of inaction and said the administration would look into the complaint.

"Students are discussing with us. Whatever the matter is, it will be taken care of. If there is a matter, it will be inquired," Sancheti told PTI.

According to a third-year software engineering student who took part in the protest, a second-year undergraduate student of the university was allegedly sexually harassed by a male sanitation worker inside a women's hostel lift on Thursday afternoon around 3 pm.

"The man masturbated in front of the woman student in the hostel lift, following which she reported the issue to the authorities," the student told PTI.

According to another protester, the hostel warden, with whom the student had raised the issue, allegedly delayed access to the CCTV footage of the elevator and the registering of a complaint by over two hours.

"The employee was identified by the student in the CCTV footage. However she was asked to stay mum about the incident by the authorities," the protester said, adding that the hostel authorities allegedly blamed the victim.

Local police officials who reached the protest spot told PTI that the protesters dispersed after assurances from the university administration to look into the matter.