The Indian has another white game left in the last round against compatriot Vidit Gujrathi. In the penultimate round another tough contest awaits Anand as he meets Ding Liren of China. 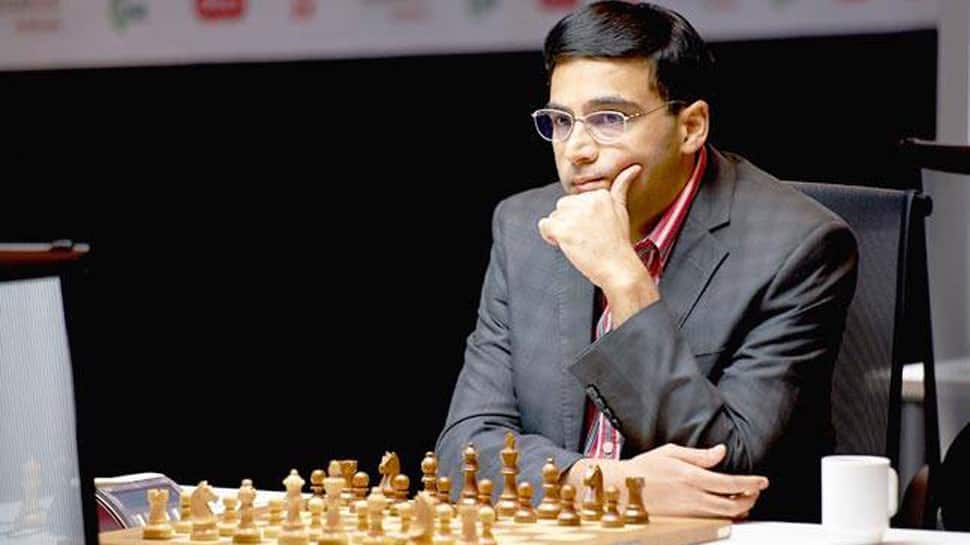 Pegged back by a loss to familiar foe Magnus Carlson, five-time world champion Viswanathan Anand will look to regain the lost ground against Jan-Krzysztof Duda of Poland in the 11th round of Tata Steel Masters.

It was a heartbreaking loss against reigning world champion Carlsen in the previous round and Anand now needs at least two victories out of the remaining three rounds to keep his hopes alive for a sixth title at his favourite hunting ground.

After the third and final rest day in the tournament, Anand will have white pieces against Duda and is expected to go all out.

The Indian has another white game left in the last round against compatriot Vidit Gujrathi. In the penultimate round another tough contest awaits Anand as he meets Ding Liren of China.

Carlsen enjoys the sole first position on seven points out of a possible 10, a half point clear of local star Anish Giri. Anand, Ian Nepomnichtchi of Russia and Ding Liren share the third spot on six points apiece while Gujrathi is joint sixth on five points with Teimour Radjabov of Azerbaijan.

Things might have been a lot closer but for a temporary slip by Anand from what was a drawn endgame against Carlsen in the previous round.

The Indian ace was in terrific form after winning three and drawing six of the first nine rounds.

The victory against Azerbaijan's Shakhriyar Mamedyarov was praised by chess buffs across the globe and Anand also drubbed long-time rival Vladimir Kramnik of Russia along the way.

His hopes have luckily not ended as Carlsen still has to play solid players like Radjabov and Giri as black and for the Norwegian, the big chance up for grab might be against Duda when he has his last remaining white game.

Playing in his first super tournament, Vidit Gujrathi has been impressive and looks set to get back to the 2700 rating club post this event. The Nasik-based player was at his attacking best against Kramnik in the previous round, winning in a mere 29 moves.

In the challenger's section, young Grandmaster R Praggnanandhaa has four points out of his ten games and the going has been a little tough.

Pragg, as he is fondly called, missed out on a golden opportunity to throw the tournament open in the 10th round when he blundered from a winning position against tournament leader Maxim Chigaev of Russia.