The amenity kit will include a number of Khadi products, like soaps, moisturisers and lip balms. 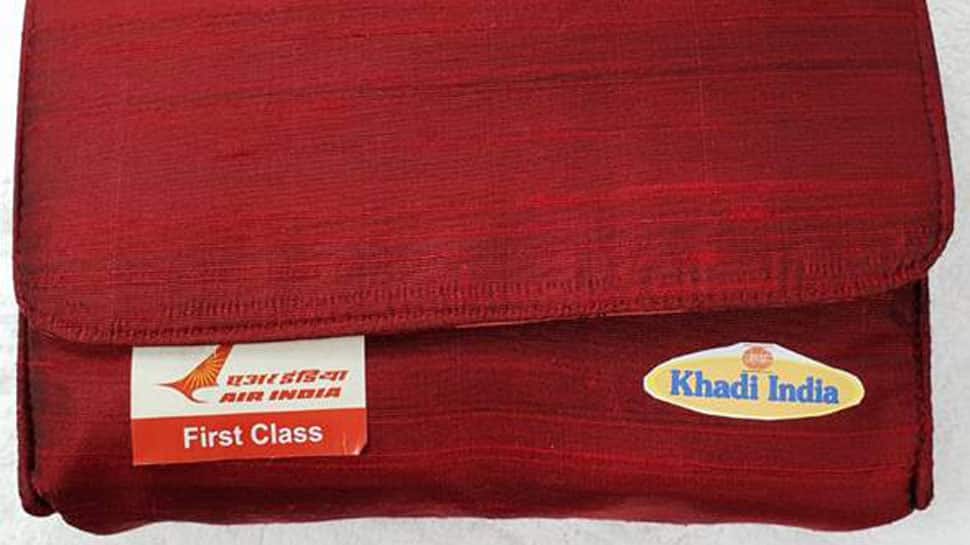 Passengers on Air India's international routes will continue to receive Khadi amenity kits. The Khadi and Village Industries Commission (KVIC) has announced that the state-run carrier has renewed its order for the kits.

This the third successive order that Air India is placing with KVIC for the amenity kits, a statement from the government has said. The kit will include Khadi hand sanitizer, moisturizer lotion, handmade soap, lip balm, Khadi rose face wash and essential oils.

The latest order will see 1.85 amenity kits delivered to Air India at a cost of Rs 8 crore. This follows a 2016 order for 5.75 lakh pieces of Khadi soap cakes. That order had come on the basis of an Air India policy decision to promote the use of indigenous fabric and to increase its sourcing from KVIC.

Air India had followed up on this order in 2015 with a trial order for 25000 amenity kits at a cost of Rs 1.21 crore. It then expanded the provision of Khadi amenity kits to international passengers with a Rs 8 crore order for 1.85 lakh pieces.

KVIC Chairman Vinai Kumar Saxena has said it is a matter of pride for the KVIC to continue to hold Air India's confidence. He also said the latest order would help support efforts to provide sustainable employment through micro enterprises to rural artisans.

The troubled national carrier's order comes even as it attempts to cut costs on a number of fronts. Air India staff have gone so far as to suggest the removal of curtains from flights to reduce weight and the removal of certain food items from the menu to save costs. For instance, they had reported that savings could be achieved if Air India stopped serving salads, which they noted were not eaten by most of the passengers they were given to.

However, such cost-cutting measures are unlikely to have any measurable impact on the massive and unmanageable level of debt that Air India has piled up. The Centre is also in the middle of procedures to divest its stake in Air India, and some big name players have so far expressed interest in buying the controlling stake in the airline.