In a retreat from a decades-long ambition to make its struggling investment bank, which employs 38,000 people, a force on Wall Street, Deutsche Bank said on Sunday it would scrap its global equities operations and cut some in fixed income. 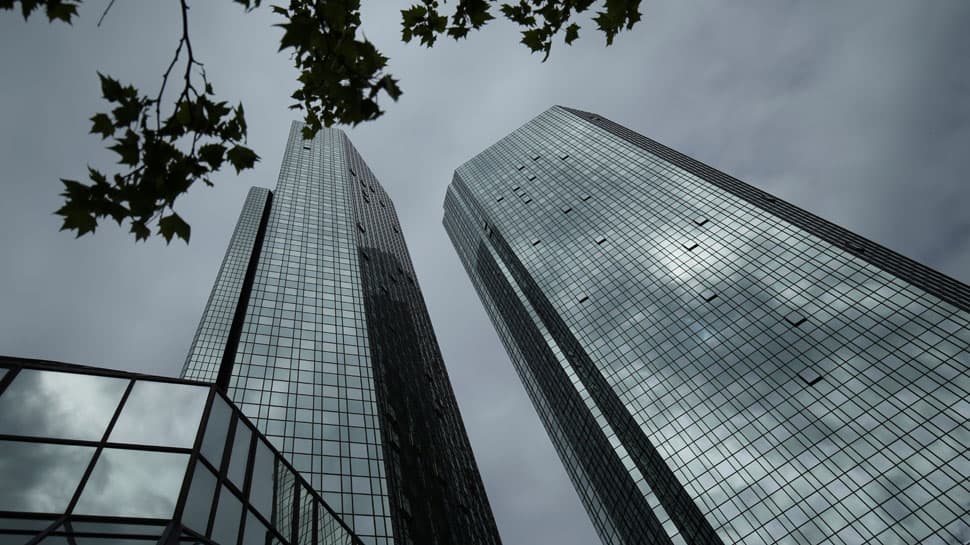 FRANKFURT/SYDNEY/HONG KONG: Deutsche Bank laid off staff from Sydney to London on Monday as it began 18,000 job cuts in a 7.4 billion euro ($8.3 billion) "reinvention" which Germany`s largest lender said would mean yet another annual loss, knocking its shares.

In a retreat from a decades-long ambition to make its struggling investment bank, which employs 38,000 people, a force on Wall Street, Deutsche Bank said on Sunday it would scrap its global equities operations and cut some in fixed income.

Shares in Deutsche Bank, which has almost 91,500 staff around the world, erased early gains and were down 4.1% at 1224 GMT after the bank`s finance chief flagged "significant uncertainty" whether it would break even in 2020.

Chief Executive Christian Sewing told journalists from the bank`s London office, where hundreds of the cuts are expected, that he was "doing nothing short of reinventing" Deutsche Bank, which will have been in the red for four out of the past five years as it dealt with a series of setbacks.

At Deutsche Bank`s investment banking headquarters in London, where the bank employs 8,000 people, several said they were leaving for the last time, though few were keen to talk.

"I was terminated this morning. There was a very quick meeting and that was it," said one IT worker, who had been working on a project in the bank for more than two years.

The nearby Balls Brothers pub was filling up with now former Deutsche Bank staff. Bankers seen leaving Deutsche Bank`s Sydney office also said they had been laid off, but declined to be identified as they were due to return later to sign redundancy packages.

Sewing said job cuts would continue in New York.  JP Morgan analysts called the plan "bold and for the first time not half-baked" but questioned the credibility of execution, revenue growth and employee motivation.

Ratings agency Moody`s said there were "significant challenges" to executing the plan swiftly and it would keep its negative outlook on Deutsche Bank.

"It`s a risky manoeuvre, but if it succeeds, it has the potential to bring the bank back on course," a person close to one of the top 10 biggest shareholders said.

Founded in 1870, Deutsche Bank has long been a major source of finance and advice for German companies seeking to expand abroad or raise money through the bond or equity markets.

Big cuts to its investment bank mark a reversal of a decades-long expansion that began with its purchase of Morgan Grenfell in London in 1989 and continued a decade later with a takeover of Bankers Trust in the United States.

The investment bank generates about half of Deutsche Bank`s revenue but is also volatile. Sewing, who flagged the restructuring in May after a failed merger attempt with Commerzbank, wants to focus on more stable sources of revenue.

"We are creating a bank that will be more profitable, leaner, more innovative and more resilient," Sewing wrote in a note sent to staff on Sunday.

As part of the overhaul, Deutsche Bank will set up a so-called bad bank to wind-down unwanted assets, with 74 billion euros of risk-weighted assets, and Sewing will represent the investment bank on the board in a sign of its waning influence.

Deutsche Bank gave no breakdown for the cuts, but said they would be spread around the globe, including in Germany. In Sydney, Hong Kong and elsewhere in the Asia-Pacific region, where Deutsche Bank used to rank among the top 10 banks in league tables for ECM deals, several bankers said entire teams in sales and trading were going.

Deutsche Bank`s Asia-Pacific head of equity capital markets (ECM), Jason Cox, left, and ECM teams were disbanded in Japan, Australia and most of Asia, people with direct knowledge of matter said, adding that only a few syndicate bankers including the ones working on ongoing deals will remain.

Deutsche Bank had slipped in recent years in Asia, hitting 17th last year and 18th in 2019, Refinitiv data showed. So far this year, it ranks 8th regionally for M&A activity.

"The new investment bank will be smaller but more resilient, with a focus on our financing, capital markets, advisory services and sales and trading businesses," Asia-Pacific Chief Executive Werner Steinmueller said in a memo to staff.

One laid-off equities trader in Hong Kong said the mood was "pretty gloomy" as people were called in to meetings. "They give you this packet and you are out of the building," he said.

Several workers left offices holding envelopes with the bank`s logo. Three employees took a picture of themselves beside a Deutsche Bank logo outside, hugged and then hailed a taxi.

"If you have a job for me please let me know. But do not ask questions," said one Deutsche employee. One senior banker, still in a job, questioned how well the slimmed down franchise in Asia would compete.

"Will clients stick with us or is the game over?"