The Civil Aviation Ministry is in touch with other private airlines such as SpiceJet and IndiGo to assist Jet staff get meaningful employment. 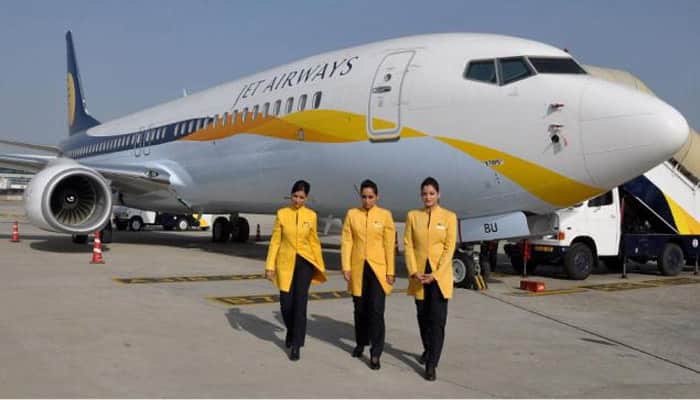 The government may not have extended support to now-defunct Jet Airways, but it has promised to facilitate employment to job-less airline staff.

The Civil Aviation Ministry is in touch with other private airlines such as SpiceJet and IndiGo to assist Jet staff get meaningful employment.

Civil Aviation Minister Hardeep Singh Puri on Tuesday said that a website would be launched listing staff of Jet Airways and help find employment in other private entities.

"We are also producing a website which is ready. I wish I had the capacity of telling you that the website is up. Every employee would be listed there and the prospects for their re-employment or employment will be facilitated by the government," Puri said while replying to Members in the Rajya Sabha on the Airports Economic Regulatory Authority of India (Amendment) Bill, 2019.

The Minister, however, said that government cannot assume responsibility for a business failure conducted by a private party.

Referring to Jet Airways, Puri said he was sensitive to (business) failure and willing to see what can be done within the governmental system to cushion that failure.

"But to suggest that a private sector entity goes belly up and the government has to take the responsibility I don`t think that is correct," the Minister said.

Run out of cash, Jet Airways had suspended its entire operations on April 17. Subsequently, the government re-allocated its slots and foreign traffic rights to rival carriers. Lenders to the airline led by State Bank of India (SBI) have initiated bankruptcy proceedings against it after all attempts to rope in a buyer failed.

Before the airline suspended its operation, it had nearly 20,000 staff on its rolls. Several hundreds of them are learnt to have joined other carriers.

Replying to Members on the Airports Economic Regulatory Authority of India (Amendment) Bill, 2019, he also countered a comment that airfares had gone up.

No enquiry yet in Indigo promoters feud by MCA