More than 60 individuals and entities, an overwhelming number of them Indians, were on Thursday charged by the Justice Department for allegedly participating in a multi-million dollar scam involving call centres based in India which conned thousands of American citizens. 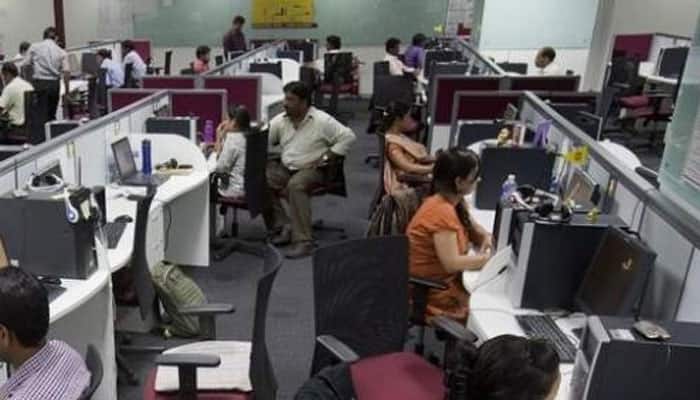 Washington: More than 60 individuals and entities, an overwhelming number of them Indians, were on Thursday charged by the Justice Department for allegedly participating in a multi-million dollar scam involving call centres based in India which conned thousands of American citizens.

An additional US-based defendant is currently in the custody of immigration authorities.

Many of these, who were arrested in India recently, faces deportation to the US.

The indictment alleges that the defendants were involved in a "sophisticated fraudulent scheme organised by conspirators in India, including a network of call centers in Ahmedabad", the Department of Justice said.

Using information obtained from data brokers and other sources, call-centre operators allegedly called potential victims while impersonating officials from the Internal Revenue Service or US Citizenship and Immigration Services.

According to the indictment, the call-centre operators then threatened potential victims with arrest, imprisonment, fines or deportation if they did not pay taxes or penalties to the government.

If the victims agreed to pay, the call-centres would then immediately turn to a network of US-based co-conspirators to liquidate and launder the extorted funds as quickly as possible by purchasing prepaid debit cards or through wire transfers, federal prosecutors alleged.

Mumbai Police unearthed the scam, involving more than Rs 500 crore, after raiding seven call centres on Mira Road. The con job had been going on for a few months, police have said.

The daily transactions of the call centres stood at around Rs 1.5 crore.

"This is a transnational problem, and demonstrates that modern criminals target Americans both from inside our borders and from abroad. Only by working tirelessly to gather evidence, build cases and working closely with foreign law enforcement partners to ensure there are no safe havens can we effectively address these threats," Assistant Attorney General Leslie R Caldwell told reporters at a news conference here.

One of the call-centres extorted USD 12,300 from an 85-year-old victim from San Diego, California, after threatening her with arrest if she did not pay fictitious tax violations.

On the same day that she was extorted, one of the US-based defendants allegedly used a reloadable debit card funded with the victim's money to purchase money orders in Frisco, Texas, the Justice Department said.

Some of the victim's money ended up on cards which were activated using stolen personal identifying information from US-based victims, it said.

The probe, which began in 2013, has revealed a trans- national criminal organisation was operating both in the US and overseas in India, making hundreds of millions of dollars.

Treasury Inspector General for Tax Exemption, Russell George said since 2013, have received over two million contacts from individuals who said they have received solicitations.

"Of that number, approximately 10,000 people have acknowledged they have fallen victim to this scam in the amount of USD 50 million," he said.

"These fraudsters exploited the immigrants fears of deportation and the insecurity of the elderly with this deceitful assertion of power. In many instances, the scammers portrayed themselves as immigration agents who called to collect fines resulting from faulty immigration paperwork. Fines not paid would result in the immediate deportation," he said.

"These calls were from numbers that reflected that the call came from the national call center from the immigration services call center," he added.