“An Indian satellite-maker must pay 18 per cent GST to launch satellites on ISRO’s rockets, whereas a foreign customer can do the same without paying any GST," a panellist said. 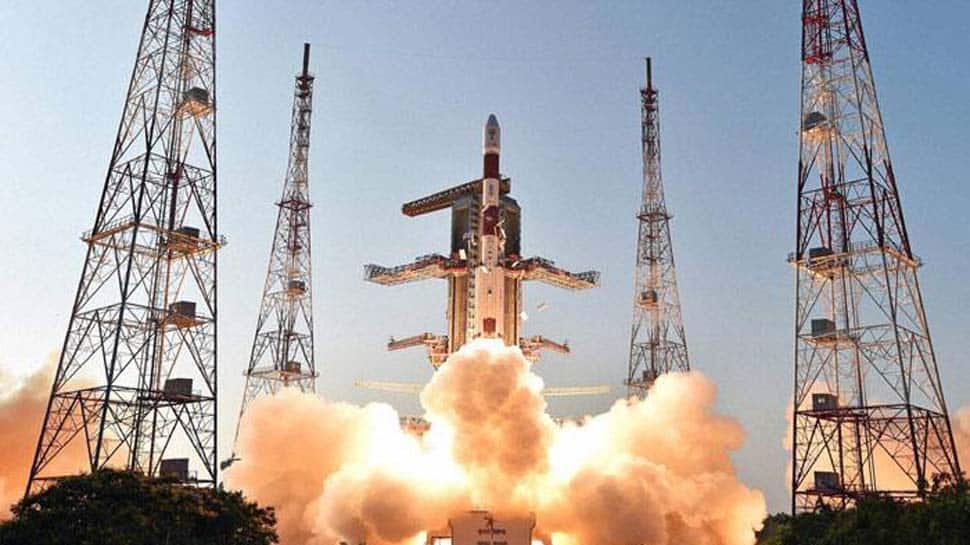 Chennai: While the Centre is working towards allowing end-to-end private participation in the country’s space sector, experts point out that India’s legal and policy hurdles are a serious hindrance. “An Indian satellite-maker must pay 18 per cent GST to launch satellites on ISRO’s rockets, whereas a foreign customer can do the same without paying any GST," a panellist said during an online discussion on “Unlocking India’s Private Space Sector: Legal and Policy Challenges” organized by the NALSAR University of Law.

"The launch services provided to them (foreign firms) qualify as “export of service” which are exempt from the levy of GST. So it is cheaper for an Indian-origin company to register their business in a foreign country and launch using ISRO rockets as a foreign customer,” said the panellist.

In his keynote address, Dr AS Kiran Kumar, former Chairman, ISRO stated that India’s requirements from space technology are rapidly increasing, hence necessitating a proportional scale-up in capacity. While he agreed that ISRO had laid the foundation in space technology for the country, the future needs must also be catered to.

They include energy requirements, space-tourism, space-exploration/exploitation, most of which gained more prominence after space was recognized as the fourth frontier. “Governments want to reduce their focus in business and focus more on governance and that’s why private players are being invited. However, the government needs to convince itself on how industry participation can be made more open, less risk-prone and more profitable,” said Dr Kiran Kumar.

Even when India’s private firms have certain manufacturing capacity, it won't be easy for any of them to reap benefits from the international market. A case in point is that there are hundreds of Micro, Small and Medium Enterprises (MSME) in India who supply components to ISRO.

In many cases, ISRO also happens to be the biggest customer of these firms. “But these very same firms cannot sell their products in the global market, as they don’t have the Intellectual Property rights for what they manufacture. They only provide manufacturing support. For selling in the global market, they need their own independent design and products,” said Narayan Prasad, Co-founder and Chief Operations Officer at Satsearch. He added that there was ambiguity in the term industry, as it could refer to a two-individual company or a firm with 5000 employees.

On the ease-of-doing-business in India’s space sector, Prasad said, “Even if satellites are made here in India it is too expensive to launch them on ISRO rockets as we are required to pay 18% GST. Alternatively, it is easier, cheaper to register the same company as a foreign entity for tax exemption(GST in this case) and launch using ISRO rockets via the export of service route”.

Adding to the ease-of-doing-business woes are the complex formalities and lack of clarity in even seeking approvals for various space-related business activities. Legal consultants working in the field say that is a serious need for single-window clearance. This can be made possible only if and when the regulatory agencies work with private entities to understand their grievances.

“A simple query on whether or not a frequency range is available for satellite operations requires us to look into multiple policies including the National Frequency Allocation Plan, 2018. Even after such detailed inquiry, we are only able to conclude what frequency range is not yet auctioned to the private sector, rather than finding a definitive answer. When policies are silent on what parameters will be considered while judging applications seeking licenses for space activities, it makes it difficult for private space companies to attract investors and ensure a sustainable business model,” said Ashok GV, Partner, Factum Law. He emphasized on the need for freedom of commerce and business promotion.

Another crucial aspect of space law and policy involves liability, particularly about who/which entity undertakes the liability(financial) in case of a mishap. What can be defined as a mishap and which would be the agency looking into these issues? “In several Western countries with an evolved private space industry, there is a cap on liability and the financial damages that need to be paid. In India, there is no cap on the financial liability and the law also mentions 1-3 years of imprisonment with payment of a fine. So how does this instil confidence in a private player who wants to enter the space industry in India?” Poorvi Kantroo, Doctoral Candidate, Centre for AeroSpace & Defence Laws NALSAR University pointed out.

India’s Space Activities Bill, is a laudable initiative but has much ground to cover. Specific areas relevant to commerce such as licensing criterion for space activities are left open-ended for further rules, regulations and guidelines.

Furthermore, in the past, there have been instances where private companies(one American and another Indian) have launched satellites into space through foreign launch service providers when their satellites lacked domestic clearances. While the International Telecommunication Union(ITU) regulations require the responsible state, in which such private sector is domiciled, to notify all domestically cleared satellite missions to the ITU, the Indian bill does not impose upon launch service providers including ISRO to verify such notification at the ITU level before offering launch services to a foreign customer. Such simple omissions in the bill could possibly cause immense complications.

It has the potential to enable private enterprises to avoid complying with critical international regulations designed to mitigate space debris and improve space situational awareness. So from the point of view of both national interests and the interests of the industry, the Space Activities Bill must be revamped to ensure the needs of the present and future generation of space activities and entrepreneurs.

Thus, it becomes imperative for the relevant government agencies to henceforth work with stakeholders from the private sector while formulating laws & policies in the Space sector, which holds immense potential and significance for India and the world in the coming times.