9W is the code for Jet Airways flights, just like 6E is for IndiGo flights. 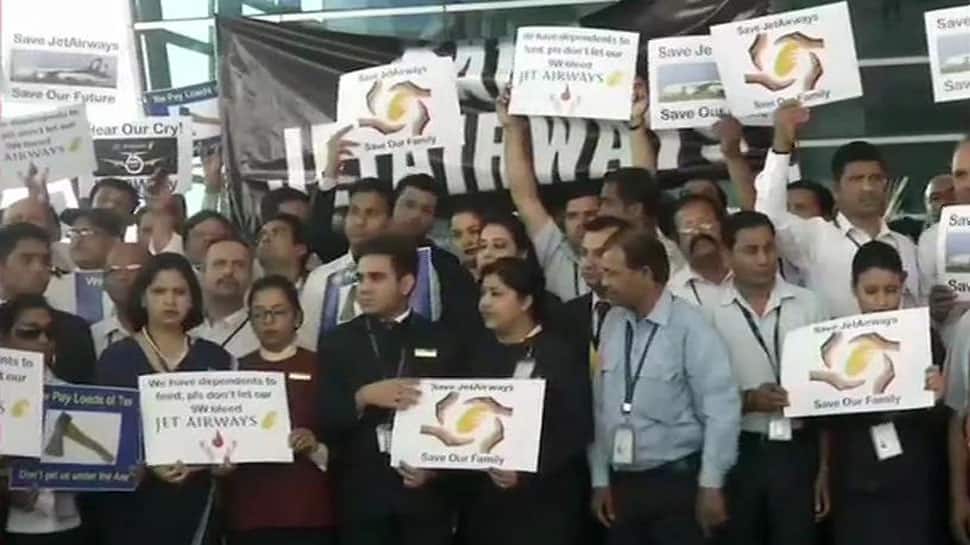 The beleaguered airline, which is flying just six-seven aircraft on Saturday, has asked its lenders to grant some "interim funding". Its employees are expecting to be paid their pending salaries once the fresh funding comes through.

Employees of Jet Airways gathered outside Terminal 3 in their uniform for a silent protest on Saturday afternoon. They carried banners that read " Save Jet Airways, Save our future" and "Hear our cry, Let 9W fly".

9W is the code for Jet Airways flights, just like 6E is for IndiGo flights.

On Friday, Jet Airways employees took out a silent march in Mumbai.

Civil Aviation Secretary Pradeep Singh Kharola had earlier said that the airline would fly just 6-7 aircraft on Saturday and Sunday. At its peak, the airline flew a 119-aircraft fleet.

On Monday, the lenders - led by SBI - would again meet the management of Jet Airways which will present a plan to use the "interim funding", if granted.

Jet Airways on Thursday grounded its services to and from the East and Northeast regions and suspended its international operations till Monday. Consequently, many passengers were left stranded at the airports.