Jet Airways grounds another four planes due to non-payment

The total number of aircraft taken out of operations due to severe liquidity crunch in the airline and its subsequent failure to pay rentals to various lessors now stand at 32. 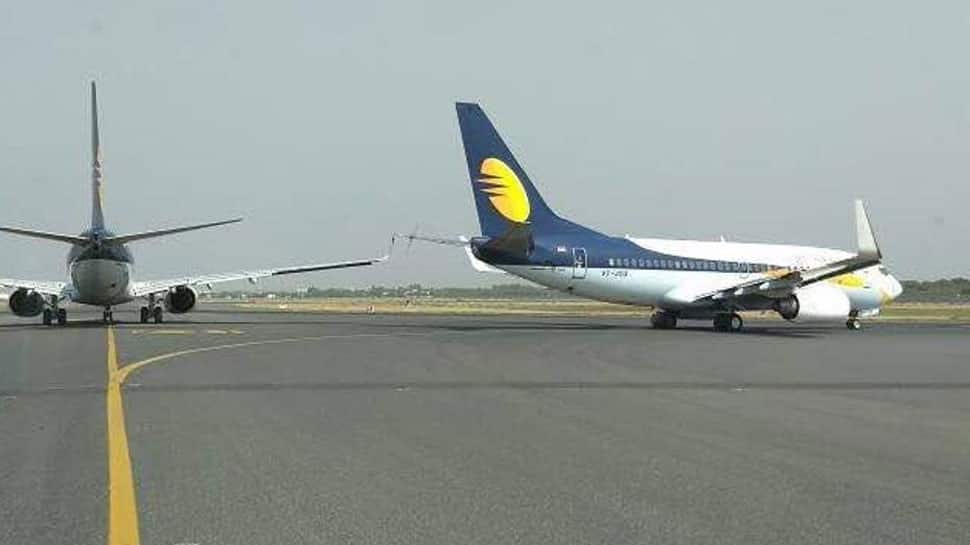 Mumbai: Financially-stressed Jet Airways Tuesday said it has grounded another four of its aircraft due to non-payment of lease rentals.

With this, the total number of aircraft taken out of operations due to severe liquidity crunch in the airline and its subsequent failure to pay rentals to various lessors now stand at 32.

In a filing to the stock exchanges, the full-service airline said, "An additional four aircraft have been grounded due to non-payment of amounts outstanding to lessors under their respective lease agreements."

"As you are no doubt aware, Jet Airways is in a very precarious position, with more than 50 aircraft grounded and increasing arrears of vendors and salaries which makes the need for interim funding all the more imperative," Goyal said in his letter of March 8.

Jet Airways in the filing Tuesday also said it is making all efforts to minimise disruption to its network due to the grounding of these planes and is "proactively" informing and re-accommodating its affected guests, it said.

The airline has, however, not given the specific numbers of flights it has been cancelling every day due to the grounding of these planes.

Jet Airways also continues to provide required and periodic updates to the Directorate General of Civil Aviation in this regard, the airline added.

Ebix offers to acquire Yatra Online for $7 per share