They registered their complaints to the police over non-payment of dues and non-resolution of grievances. 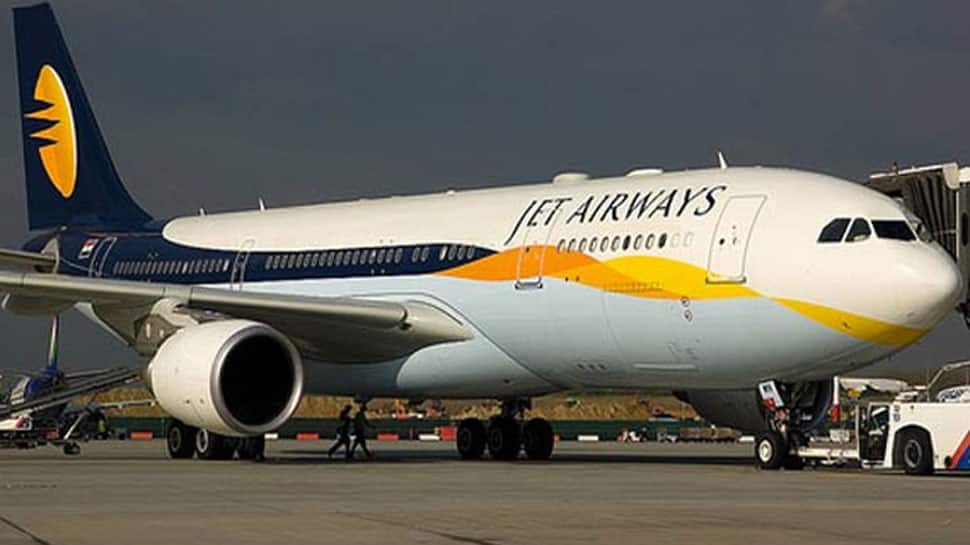 In another blow to crisis-hit Jet Airways, the employee union, representing the staff and officers of the company, on Friday sought to register FIRs against airlines' founder Naresh Goyal, chief executive Vinay Dube and SBI chairman Rajnish Kumar for non-payment of March salary.

They registered their complaints to the police over non-payment of dues and non-resolution of grievances. The union wrote a letter informing that Jet has not paid salaries to its employees, adding that it is a gross violation of the law.

They urged the police to investigate the matter on an urgent basis. They also warned that the employees will be forced to take steps, including calling a strike.

"Our Association represents staff and officers of Jet Airways (India) Limited and has been in existence for the last nineteen years. We are a recognised union of the employees. We have to inform you that the Company has not paid salaries to its employees as of date which is in gross violation of the law of the land. This violation apart from being a legal violation under labour law is also a serious offence under the breach of trust as the company has been handed over last month by the former Chairman Mr Naresh Goyal to the State Bank of India under the Resolution Plan," read the letter. 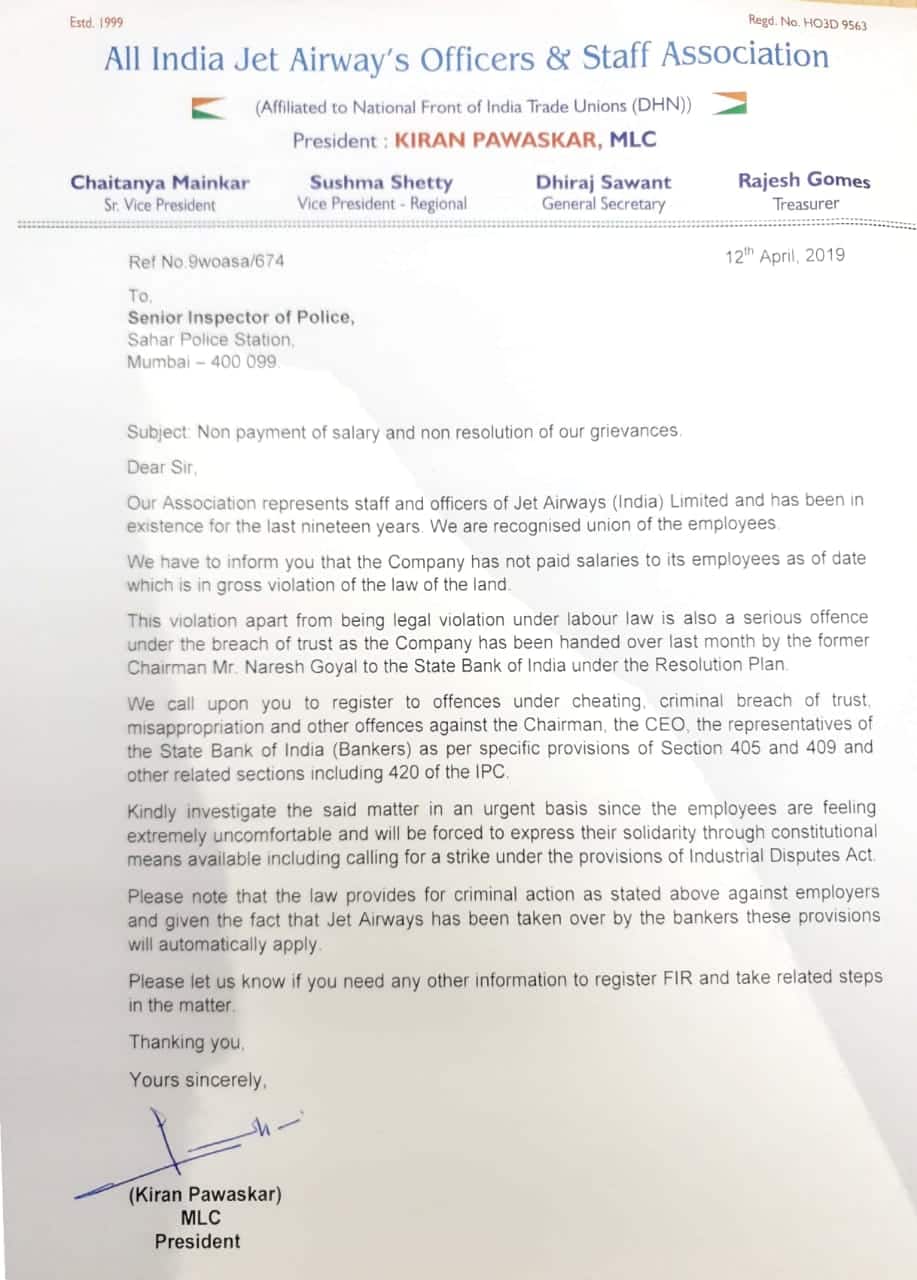 "We call upon you to register to offences under cheating, criminal breach of trust. misappropriation and other offences against the Chairman, the CEO, the representatives of the State Bank of India (Bankers) as per specific provisions of Section 405 and 409 and other related sections including 420 of the IPC," added the letter.

"Kindly investigate the said matter in an urgent basis since the employees are feeling extremely uncomfortable and will be forced to express their solidarity through constitutional means available including calling for a strike under the provisions of Industrial Disputes Act. Please note that the law provides for criminal action as stated above against employers and given the fact that Jet Airways has been taken over by the bankers these provisions will automatically apply," said the letter.

The airline passengers continue to bear the brunt of last minute cancellations and missing refunds.

Earlier in the day, the airline said its international operations would stand suspended till April 15, after it suspended all its overseas operations Thursday.

The PMO had also called for an urgent meeting to resolve the crisis at the airline, which is currently operating only 11 of its 123 strong fleets as lessors have grounded close to 90 planes so far since February. This forced the airline to ground its entire operations across the Eastern and Northeastern regions since Thursday.

Jet Airways to fly 6-7 aircraft on both days this weekend domestically: Aviation Secy