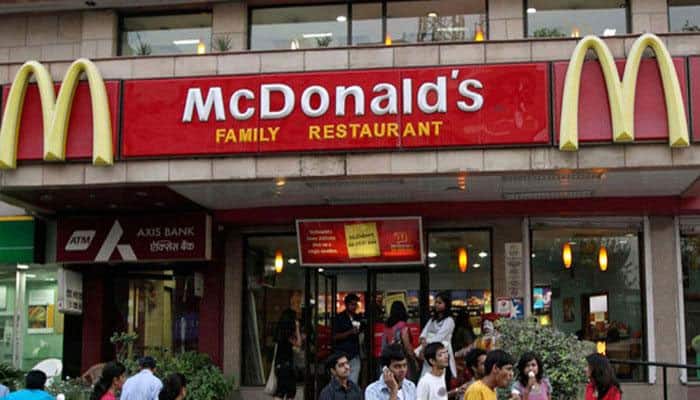 McDonald's, however, said a priority will be given to mitigate the impact on affected parties such as employees, suppliers and landlords and it is open to working with CPRL to achieve this.

The decision comes weeks after 43 outlets run by CPRL in the national capital were shut due to non-renewal of eating house licences.

"The termination is essentially because of CPRL's violation of certain obligations as part of the agreement, including a default of payment of royalty to MIPL," McDonald's Corporation Global Head of Corporate Relations, Foundational Markets, Ron Christianson told PTI.

He further said it has been two years since the royalty had not been paid and CPRL has been provided with an opportunity to remedy those breaches but they have failed to do so.

"Today, we have issued the CPRL board a notice of termination of the franchise agreement between McDonald's India Pvt Ltd and CPRL for 169 McDonald's restaurants operated by CPRL in north and east India," the fast food chain said in a statement.

Responding to the termination notice, Vikram Bakshi said the decision is an open challenge to the NCLT judgement, which had directed the CPRL board to meet to discuss various issues.

"The timing of this notice is hugely suspect because it comes on the morning of the first board meeting, scheduled by the administrator," Bakshi said.

The administrator -- a former judge of the Supreme Court of India -- was appointed by NCLT.

"This is a completely contemptuous, malafide and yet another oppressive act indulged in by the McDonald's," he said adding that CPRL is considering the appropriate legal remedies that are available under law.

He further said one of the items on the agenda was to discuss the re-opening of the 43 restaurants whose operations lie currently suspended.

The popular fast food chain, which is known for graduating people from vada pao to a range of burgers, has seen its fortunes declining since past few years over a tussle with Bakshi for the management of CPRL after he was ousted from the post of managing director of the joint venture company in 2013.

"We have been compelled to take this step because CPRL has materially breached the terms of the respective franchise agreement relating to affected restaurants and has failed to remedy the breaches, despite being provided with an opportunity to do so in accordance with the agreements," McDonald's India said.

McDonald's India further said that it is "committed to finding the right 'developmental licensee partner' for north and east India and taking steps to do so".