Nikki Haley resigns from Boeing board over company's bailout pursuit

Indian-American Nikki Haley has resigned from the Boeing's board of directors over the major airline manufacturer's pursuit of federal assistance to mitigate its financial crisis due to the coronavirus pandemic. 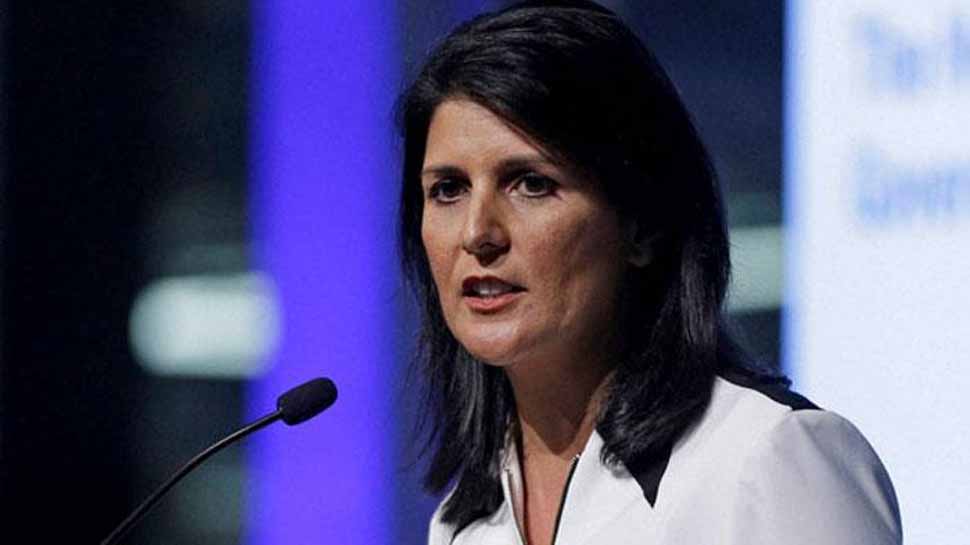 Washington: Indian-American Nikki Haley has resigned from the Boeing's board of directors over the major airline manufacturer's pursuit of federal assistance to mitigate its financial crisis due to the coronavirus pandemic.

Two-term governor of South Carolina and former US Ambassador to the UN, Haley resigned from the board on March 16, according to a Boeing filing before the US Security and Exchange Commission (SEC).

Haley had joined the Boeing board on April 29 last year. She served on the Finance and Audit Committees.

"A variety of approaches are currently under discussion among policy makers in the administration and the Congress, as well as the private sector, to address the near-term liquidity needs of the aerospace, travel, and other sectors affected by the current COVID-19 crisis," the Boeing said in its filing before the SEC.?

"The Company is participating in those discussions and has informed the board about the options currently being considered. Ambassador Haley informed the company that, as a matter of philosophical principle, she does not believe that the company should seek support from the federal government, and therefore decided to resign from the board," the company said.

In her resignation letter, Haley said the board and its executive team are going in a direction which she cannot support.

"As we encounter the Covid-19 crisis, Boeing, along with many other companies, face another major set of challenges. I want to be part of helping the company as it pushes through it. However, the board and executive team are going in a direction I cannot support," she said.

"While I know cash is tight, that is equally true for numerous other industries and for millions of small businesses. I cannot support a move to lean on the federal government for a stimulus or bailout that prioritises our company over others and relies on taxpayers to guarantee our financial position. I have long held strong convictions that this is not the role of government," Haley wrote.

Boeing in a brief statement said, "We appreciate her service on the board and wish her well."