Posh Amrapali flats booked for only Re 1 per sq ft: Auditors to Supreme Court 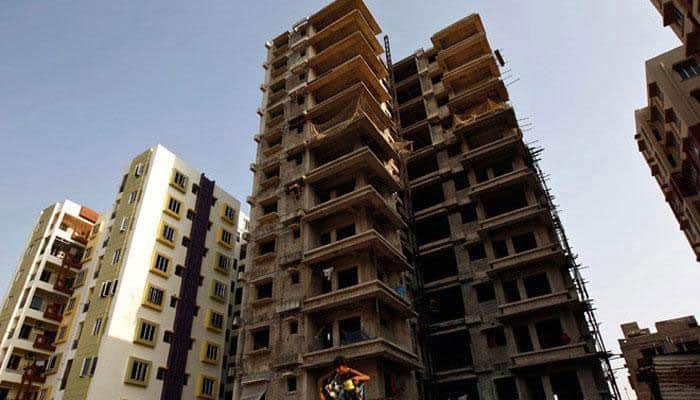 NEW DELHI: The forensic audit of embattled Amrapali Group is revealing several surprising facts as on Wednesday the court-appointed auditors informed the  Supreme Court (SC) that some posh flats were for Amrapali Group were booked on sums as meagre as Re 1, Rs 5 and Rs 11 per sq ft.

The auditors said that these flats were booked in the name of over 500 people as after audit it was found that 23 companies were floated in the name of office boys, peons and drivers. According to auditors, these firms were part of Amrapali consortium and there sole objective was to divert the hard-earned money of the home buyers.

The apex court was also informed by the two forensic auditors that 655 people have been issued notices by them as these 'benami' flats were booked in their names but no one was found in 122 such locations.

The interim report of forensic auditors was submitted before a bench of justices Arun Mishra and U U Lalit. It said that Amrapali Group's Chief Financial Officer (CFO) Chander Wadhwa was involved in the transfer of Rs 4.75 crore to "unidentified persons" just three days before he deposed before the SC October 26, 2018.

"He (Wadhwa) had in his account Rs 12 crore till March 2018. Then he had transferred Rs 1 crore in the name of his wife. Just three days before he appeared in the court for the first time on October 26, 2018, he had transferred Rs 4.75 crore to some unidentified persons," forensic auditor Pawan Kumar Agarwal told the bench.

Agarwal's submission did not go down well with the bench which pulled up Wadhwa and warned him of contempt action.

"You (Wadhwa) are putting spoke in the wheels of justice. You very well knew that questions will be asked by the court and hence you transferred the money. We want the entire tranche of money back in seven days time. You had no business to transfer the money on October 23, 2018. You have obstructed the course of justice and we may haul you up for contempt of court," the bench said.

The forensic auditors were also directed by the apex court to produce the orders of Income Tax department which had recovered Rs 200 crore bogus bills and vouchers in 2013-14 during its search and seizure. It is to be noted that the IT department had also seized Rs one crore from Amrapali Group CMD Anil Kumar Sharma and Rs one crore from director Shiv Priya.

"You submit us both the orders of IT department and the appellate authority. We would like to see them," the bench said.