Jio will connect most of the 2,385-plus government schools and colleges in Uttarakhand with high-speed internet in two years. 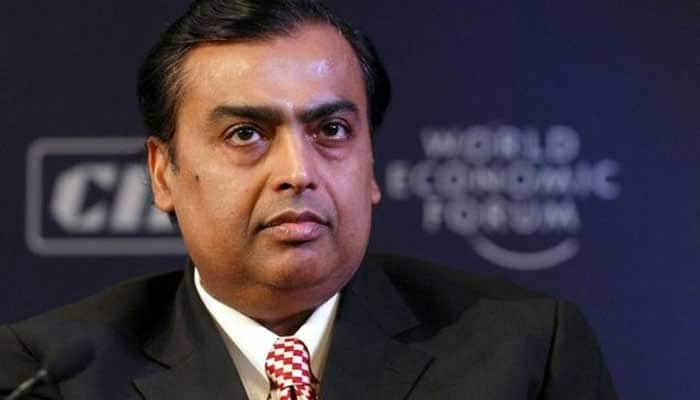 DEHRADUN: Having invested over Rs 4,000 crore in Uttarakhand, Reliance Industries Limited (RIL) chairman Mukesh Ambani has said that his telecom venture Reliance Jio will connect government schools and colleges with high-speed internet to make the state a 'Digital Devbhoomi'.

In a video message, the RIL chairman said, ''Jio will promote environment protecting industries and businesses.''

Ambani said that Jio will connect most of the 2,385-plus government schools and colleges in Uttarakhand with high-speed internet in a span of two years to convert Uttarakhand into a Digital Devbhoomi.

Ambani was speaking at the inauguration of two-day Uttarakhand Investors Summit here.

In his video message, the RIL chairman said that he wants to convert 'Devbhoomi Uttarakhand' into 'Digital Devbhoomi'.

"Jio will boost sustainable tourism. Jio will improve the delivery of healthcare, education and government services and improve the life of every citizen," he said.

''Jio is committed to a 'Digital Uttarakhand' where every citizen can have the best quality digital connectivity and services,'' he said.

Ambani had in 2016 stormed back into the telecom sector with Reliance Jio, offering free calls and data, forcing rivals to merge or exit as revenues declined. It has amassed over 220 million subscribers since its launch.

Jio, he said, will promote environment protecting industries and businesses, boost sustainable tourism and improve the delivery of healthcare, education and government services, thus improving the life of every citizen.

"All this will help create additional employment and earning opportunities for the people of Uttarakhand. We plan to connect most of the 2,185 government schools and 200-plus government colleges in the state within the next two years," he said.

Reliance also has over 100 retail stores and plans to continue growing these at a healthy rate, he added.

Ambani said that his firm is among the largest investors in the state with investments of over Rs 4,000 crores in the last few years, creating huge employment opportunities. Jio is a subsidiary of RIL.

"At Jio, we are committed to a Digital Uttarakhand where each of its citizens can have the best quality digital connectivity and digital services," he said.

"The state government's pro-business policies combined with Jio's investment will surely open up new avenues for growth of hi-tech industries in the state.

"For all of us at Reliance, Uttarakhand is an attractive investment opportunity," he said.

He expressed confidence that the investors summit will lay the groundwork for the unprecedented growth of the state in the future.

"At Reliance Industries, we are very satisfied with the environment in the state and the support that we have received and I thank the state government for all their support," he said.

Prime Minister Narendra Modi on Sunday inaugurated the two-day maiden Investors Summit in state's capital Dehradun. Leading industrial houses are participating in the two-day event which will explore investment opportunities in the state.

Apart from home investors, those from Japan, Czech Republic, Argentina, Mauritius and Nepal have also been invited to participate in the two-day summit.

Uttarakhand Chief Minister Trivendra Singh Rawat told media persons that investment proposals worth over 70 thousand crore rupees have already been received during the run-up to the event.

PM @narendramodi ji and other dignitaries welcomed in traditional Pahari way with our Maangal Geet. The state welcomes all the delegates to 1st #DestinationUttarakhand summit to the DevBhumi Uttarakhand #UttarakhandInvestorsSummit pic.twitter.com/hSwuSsJILb

Union Home Minister Rajnath Singh will address the concluding session of the event on Monday.

After the inaugural session, eight sectoral sessions would be held on the 12 focus sectors including tourism and hospitality, agriculture and food processing, horticulture, floriculture, herbs and aromatic plants, wellness and AYUSH.

Central Board of Film Certification chairman Prasoon Joshi will also participate in a session on film shooting.

Sources: Rajasthan Dy CM Sachin Pilot says, "There is no discussion on any formula of reconciliation with Congress"