Fashion and jewellery designer Sabyasachi Mukherjee has received a 24-hour ultimatum to withdraw the advertisement with "objectionable and obscene" portrayal of mangalsutra. 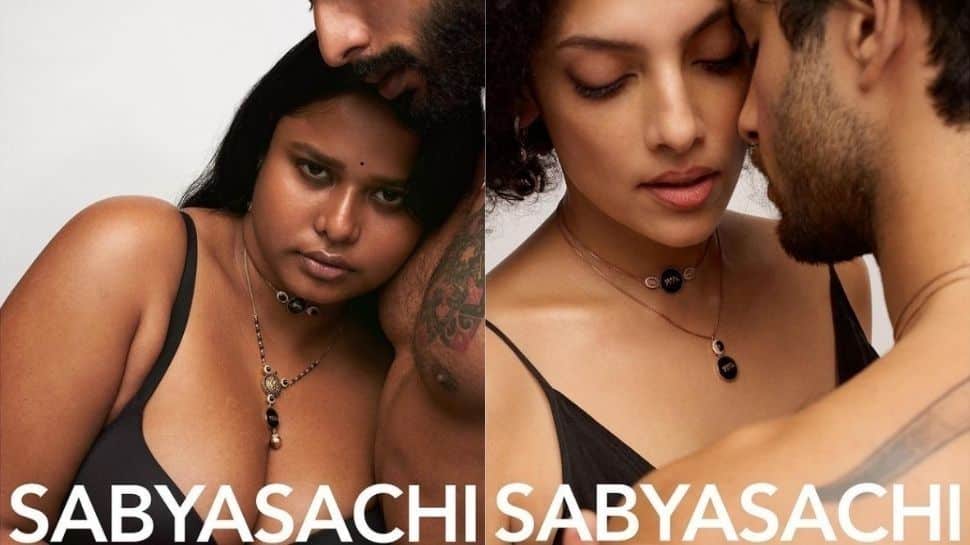 Last week, Dabur India Private Limited had withdrawn its Fem cream bleach advertisement, which showed same-sex couple celebrating Karva Chauth and watching each other through a sieve, after minister Mishra termed the ad as objectionable and warned that legal steps would be taken against it.

The mangalsutra advertisement by Sabyasachi's brand portrayed a woman wearing a low-neckline dress and posing solo and in intimate position with a man. After the designer shared these pictures, it created a controversy as a section of social media users termed it against Hindu culture and obscene.

Talking to reporters at Datia in the state, Mishra said, "I have warned earlier about such advertisements. I am personally warning designer Sabyasachi Mukherjee, giving him a 24-hour ultimatum. If this objectionable and obscene advertisement is not withdrawn, then a case will be registered against him and legal action will be taken. The police force will be sent for the action."

Mishra said that he saw Sabyasachi Mukherjee's mangalsutra advertisement.
"It is very objectionable. Mangalsutra is a jewellery of paramount importance. We believe that the yellow part of the mangalsutra signifies Goddess Parvati and the black part Lord Shiva, which protects the woman and her husband. Marital life becomes happy by the grace of Goddess Parvati," he said.

Mangalsutra is a necklace worn by married Hindu women.

Replying to a question about the requirement of law to check such incidents, the minister said, "The law is already in place. But why do such painful incidents take place only with Hindu symbols? If Mukherjee has courage, he should do it with some other religion, then we will understand that he is a real brave man."

The designer has not given any statement on the minister's warning so far. Also Read: BJP legal advisor issues notice to Sabyasachi Mukherjee over controversial ad