The 62-year-old is contesting an interim debt order obtained by the Indian banks in January this year. 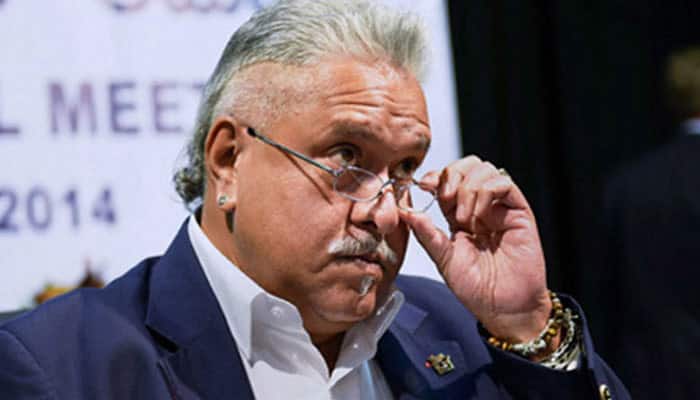 LONDON: Embattled liquor tycoon Vijay Mallya on Wednesday faced yet another legal battle to prevent a consortium of Indian banks led by State Bank of India (SBI) getting access to nearly 260,000 pounds in a UK bank account.

The 62-year-old is contesting an interim debt order obtained by the Indian banks in January this year, which relates to funds in the former Kingfisher Airlines boss' current account with ICICI Bank in London.

At a hearing before Master David Cook at the Queen's Bench Division of the court, Mallya's legal team sought a dismissal of the interim order. A judgment in the case is expected at a later date.

"The hearing concerns an interim third-party debt order obtained by the banks in January and relates to funds worth just short of 260,000 pounds in Dr Mallya's current account with ICICI Bank in London," said a spokesperson for TLT LLP, the law firm representing the Indian banks.

"This is part of the banks' ongoing efforts to enforce the [Indian] Debt Recovery Tribunal judgment against Dr Mallya in the UK. Dr Mallya is opposing the application and asking that the court discharges the interim order. If it is made final, the funds will be released to the banks," the spokesperson explained.

In a ruling in May last year, a UK High Court judge had refused to overturn a worldwide order freezing Mallya's assets and upheld an Indian court's ruling that the consortium of 13 Indian banks were entitled to recover funds amounting to nearly 1.145 billion pounds.

TLT LLP has been representing the banks in their efforts to recover their dues as part of the worldwide freezing order, including a bankruptcy petition aimed at seizing his assets to recover dues filed at the end of last year.

Mallya, meanwhile, remains on bail after his extradition was ordered by Westminster Magistrates' Court in London in December last year and signed off by UK home secretary Sajid Javid in February.

He has since filed an application in the UK High Court seeking leave to appeal against that order, with the papers now awaiting a judge's ruling on whether it should be rejected or can move to a hearing stage.