The Board of Directors in its meeting held today has approved and taken on record the unaudited consolidated financial results of Zee Entertainment Enterprises Limited (ZEEL) (BSE: 505537, NSE: ZEEL.EQ) and its subsidiaries for the quarter ended December 31, 2019. 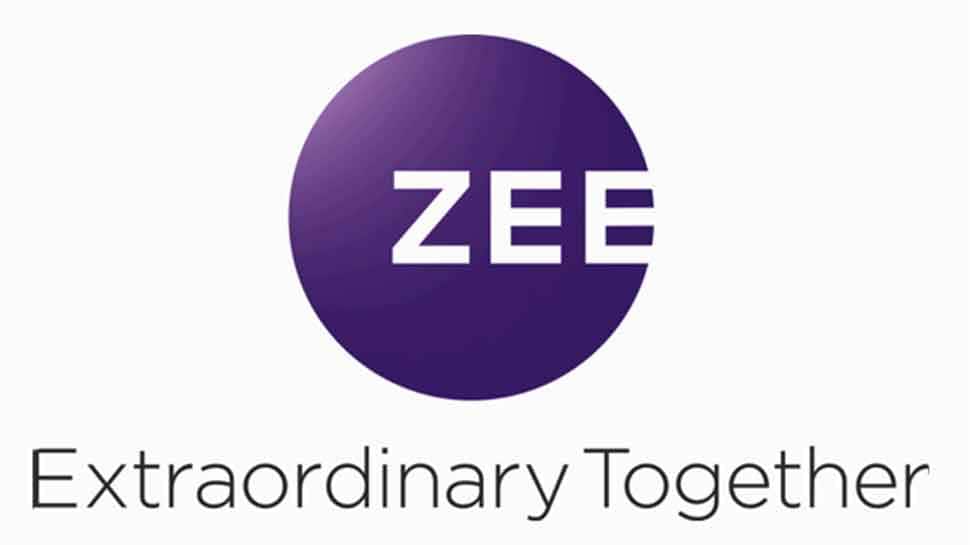 NEW DELHI: The Board of Directors in its meeting held today has approved and taken on record the unaudited consolidated financial results of Zee Entertainment Enterprises Limited (ZEEL) (BSE: 505537, NSE: ZEEL.EQ) and its subsidiaries for the quarter ended December 31, 2019.

For the third quarter of FY20, ZEEL reported consolidated revenue of Rs. 20,487 million. Earnings Before Interest, Tax, Depreciation and Amortization (EBITDA) was Rs.5,658 million with an EBITDA margin of 27.6%. PAT for the quarter was Rs. 3,494 million.

EBITDA (Earnings Before Interest, Tax, Depreciation and Amortization) for the quarter declined by 25.0% to Rs. 5,658 million and EBITDA margin stood at 27.6%.
ZEE5 recorded a peak DAU (Daily Active User) base of 11.4 mn in the month of December.
ZEEL's television network had an all-India viewership share of 18.2% during the quarter.
3 channels – Zee Punjabi, Zee Thirai and Zee Biskope, launched in the month of January.

Punit Goenka, Managing Director and CEO, ZEEL, commented, “Third quarter is normally a strong growth period for us, however, the tough macro-economic environment led to a decline in our ad revenues. Most of our advertisers are going through a slow-growth period and that has led to a cut in advertising spends. I believe that the worst phase is behind us and we will start seeing an improvement from the next quarter. The proposed changes to the tariff order by TRAI are being challenged in the court and we are awaiting the final verdict. However, I am confident that our strong portfolio of channels across markets will enable us to navigate any regulatory changes in the most efficient manner.

Despite the slowdown, we continue to make investments in businesses where we see the potential for growth. Working with our strategy to entrench ourselves deeper into the regional markets, we have launched 3 regional channels that will make our content more accessible to the audience across the country. India's first Punjabi GEC will surely help further strengthen our viewership share and brand in the north Indian markets. With the addition of two new regional movie channels, we now have the biggest movie channel portfolio in the country. We are preparing for the launch of two more channels over the next few months. We also continue to invest in original content for ZEE5, to create a rich content library that will make it a really compelling offering for consumers. These investments will help us grow ahead of the industry once this transient slowdown phase has passed.”

During 3QFY20, our television network had an all-India viewership share of 18.2%. While our regional portfolio increased its viewership share, share in the Hindi speaking markets declined.

Our regional portfolio had a mixed performance during the quarter. We maintained leadership position in the Marathi, Bangla and Kannada markets, with Zee Kannada further strengthening its leadership position, widening the gap over the nearest competitor. Viewership shares in Marathi and Bangla markets declined during the quarter. While Zee Tamil improved its viewership share, Zee Telugu witnessed a marginal decline. Zee Keralam, continued to gain share in the Malayalam market establishing itself as a strong contender for the number two position. Zee Sarthak regained leadership in the Odiya market towards the end of the quarter.

ZEE5 users watched an average of 140 minutes of content every month on the platform during the quarter
26 Original shows and movies in 6 languages released during the quarter
A refreshed ZEE5 Progressive Web App (PWA) was released in December to enable a seamless user experience on mobile web
ZEE5 was launched on Tata Sky Binge, further widening the distribution reach of the platform

ZEE5 continues to be the largest producer of digital original content in India. During the quarter, ZEE5 launched 26 original shows and movies, of which 14 were in regional languages. After the success of first season, second season of Rangbaaz was premiered in December. The show was an instant success, garnering the highest video views and viewers on the day of launch for any show. Digital premieres of movies like Jabariya Jodi, Judgemental Hai Kya, Dream Girl, Saandh ki Aankh brought new users to the platform. In the regional space, Kaale Dhande in Marathi, God of Dharmapuri in Telugu and Karoline Kamakshi in Tamil were critically acclaimed and received positive reviews from users. With a strong content line-up across genres and languages, ZEE5 is on track to release 70+ originals in FY20.

To enable a fast, engaging and immersive user experience, a refreshed version of ZEE5 Progressive Web App (PWA) was launched in December, leading to improvement in user engagement metrics across all parameters.

ZEE5 is one of the most widely available entertainment platforms due to extensive partnerships with telecom operators, OEMs, ISPs, and e-commerce platforms. During the quarter, ZEE5's partnership with Tata Sky Binge and IRCTC went live, accelerating subscription growth. ZEE5 is the only OTT platform integrated with IRCTC. To leverage the rapidly growing penetration of smart TVs in India, ZEE5 has inked deals with leading smart TV brands for placement of hotkey on their remotes.

ZEE5's international expansion is seeing initial signs of success in the APAC and MENA regions which has close affinity to Indian content. A mix of high-decibel marketing campaigns along with partnerships with local telecom operators in key target markets like Bangladesh, Sri Lanka, UAE, among others is helping increase the platform's reach.

Zee Studios, our movie production and distribution business, distributed 2 movies in India and 5 movies in the international territories during the quarter.

Zee Live extended its Supermoon IP to music events with shows featuring one of India's most promising music artists around the country. The second edition of Zee Educare, held in Mumbai, engaged with students through panel discussions and workshops on alternate career choices.