Earlier, West Indies resumed their play from 189/8 and were only able to add 33 runs to the total before bundling out on 222. 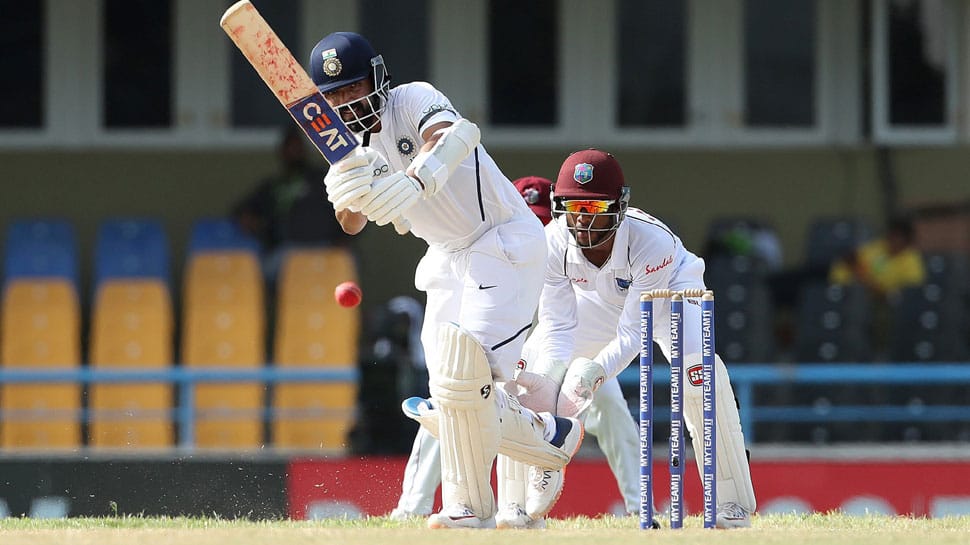 India were 260 runs ahead of West Indies at the stumps on day three in the first Test match on Sunday.

After bowling out West Indies for 222, the Indian openers came in to bat and built a brief stand of 30-runs. Mayank Agarwal (16) was dismissed in front of the wickets by Roston Chase.

Cheteshwar Pujara joined KL Rahul in the middle and they both built a stand of 43 runs to get past the 50-run mark. Rahul was also sent to the pavilion by Chase after he scored 38 runs.

Skipper Virat Kohli came in to bat at number four and built an 8-run stand with Pujara (25) before he was scalped by Kemar Roach. Ajinkya Rahane and Kohli built an unbeaten partnership of 104 runs.

Kohli scored 51 runs while Rahane scored 53 runs and will resume the play on day four. For Windies, Chase bagged two wickets while Roach took one wicket.

Earlier, Windies resumed their play from 189/8 and were only able to add 33 runs to the total before bundling out on 222. Jason Holder and Miguel Cummins stitched a partnership of 41 runs for the ninth wicket.

Interestingly in the partnership, Cummins did not contribute a single run. Holder played a knock of 39 before he was caught behind the stumps by Rishabh Pant off Mohammad Shami.

Shannon Gabriel added two runs for the tenth wicket before Cummins (0) was dismissed by Ravindra Jadeja. For India, Ishant Sharma scalped a fifer while Shami and Jadeja bagged two wickets each.