Having being rested for the last two ODIs and subsequent three-match series against New Zealand due to heavy workload, Kohli will look to ensure he finishes his assignment Down Under on a high note. 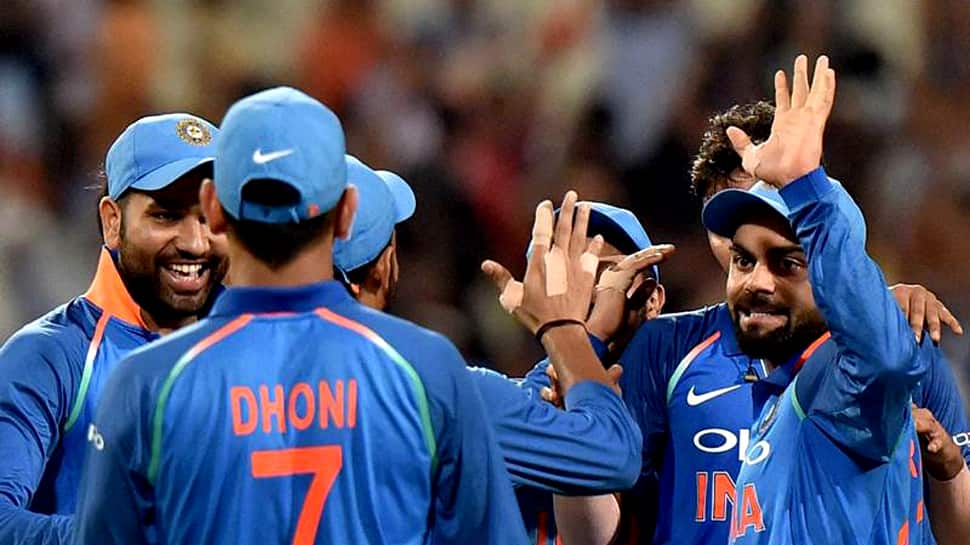 After clinching back-to-back victories against New Zealand, Virat Kohli-led India will look to seal five-match ODI series when they lock horns with the hosts in the third game at the Bay Oval on Monday.

A victory in the upcoming match would give India an unassailable 3-0 lead, which would be enough for the Men in Blue to take fitting revenge of their disappointing 0-4 defeat during the limited-overs series against the Black Caps in 2014.

India, who headed into the New Zealand tour on the back of their maiden ODI and Test series win in Australia, kicked off their five-match series with a convincing eight-wicket win over the Kane Williamson-led side at McLean Park, Napier. The visitors followed it up with a crushing 90-run triumph in the second ODI at Bay Oval.

Kohli's side are now all set to once again square off with New Zealand at the same venue and they will look to continue their winning momentum and put forth a similar kind of dominant performance as they gave in the second match.

All-rounder Hardik Pandya, who has made a return to the Indian squad following a provisional suspension for his sexist remarks during a celebrity talk show, can be included in the Playing XI for the upcoming match.

Having been rested for the last two ODIs and subsequent three-match series against New Zealand due to heavy workload, Kohli will look to ensure he finishes his assignment Down Under on a high note.

New Zealand, meanwhile, have been outclassed by the Men in Blue in all the departments in the opening two matches. The Kiwi batsmen had struggled against the spin duo of Kuldeep Yadav and Yuzvendra Chahal, who have taken a total of 12 wickets combined in the two ODIs.

Meanwhile, Indian batsmen had also showcased good performances, with opener Shikhar Dhawan making a return to form with knocks of 75 and 66 in the two games after a poor show in Australia.

Vice-captain Rohit Sharma also came up with a strokeful 87-run knock en route his huge 154-run stand with opening partner Dhawan, while Kohli too looked in a good form in both the matches as he scored significant knocks of 45 and 43.

Meanwhile, Mahendra Singh Dhoni (48) and Ambati Rayudu (47) also showed solid performance as they helped India across the 300-run mark in the second ODI in Mount Maunganui.

For New Zealand, skipper Kane Williamson was the top-scorer in the opening ODI with a 64-run knock, while all-rounder Doug Bracewell tested the Indian bowlers by scoring his maiden fifty before finishing with 46-ball 57 after coming to bat at No.8.

The Black Caps will now aim to rebound strongly and win the third match in order to keep themselves alive in the series.