Zampa, 27, heaped praises on Afghanistan's bowling attack and said that the team is capable of defending small totals only because of their bowlers. 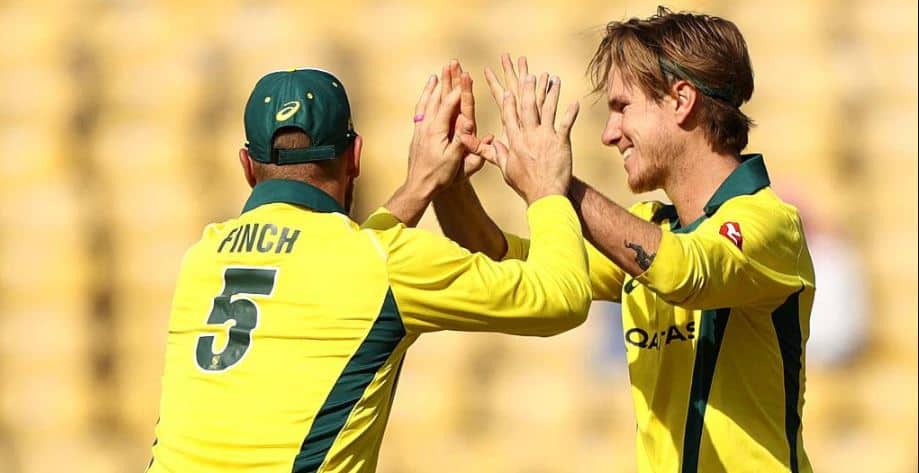 Australian leg-spinner Adam Zampa, who claimed three wickets in Australia's opening match against Afghanistan in Cricket World Cup 2019 on Saturday, praised the Asian side and said that Afghanistan are good enough to cause some upsets in the tournament.

Though Australia registered a comprehensive seven-wicket win over Afghanistan, Zampa said the Asian side will do good in their remaining eight matches. "I think they are going to cause some upsets," he said after the match. They came out today and played some fearless cricket. They could have been in their shell, but everyone has been talking about them so much lately about how much they have improved and, to be fair, they have. They lost wickets at times when they wouldn't have wanted to, but the middle order came out and kept swinging and playing shots. The wicket today probably didn't suit them as much as it might later down the track. The ball skidded on a bit," he was quoted as saying by cricketworldcup.com.

Zampa, 27, heaped praises on Afghanistan's bowling attack and said that the team is capable of defending small totals only because of their bowlers. It is to be noted that Afghanistan's star bowlers Rashid Khan and Mohammad Nabi are in the top five of the ICC Men's ODI Rankings for all-rounders, while young spinner Mujeeb ur Rahman is at 12th position.

"With the aggressive mindset with the bat, if they can get anywhere around the 250, 260, 270, with their bowling attack later down the track in the World Cup they definitely will cause some upsets. The wicket today probably didn't suit them as much as it might later down the track. The ball skidded on a bit," said the Australian spinner.

Afghanistan Captain Gulbadin Naib also echoed similar feelings and said that if pitches would offer even a little help to Afghanistan bowlers then the oppositio will find it tough to score even 200 runs against them. "The pitches here are expected to be batting-friendly at the start of the tournament. On wickets like this and in smaller grounds, it's really difficult for bowlers. However, I'm sure that if our bowling attack gets even minor help from a track, even 200 is too big a target for our opposition," Naib told cricketworldcup.com.