Rishabh Pant, Vijay Shankar's replacement on Sunday, scored 32 off 29 balls with four boundaries even though India failed to chase down 338 to be handed their first loss of the tournament. 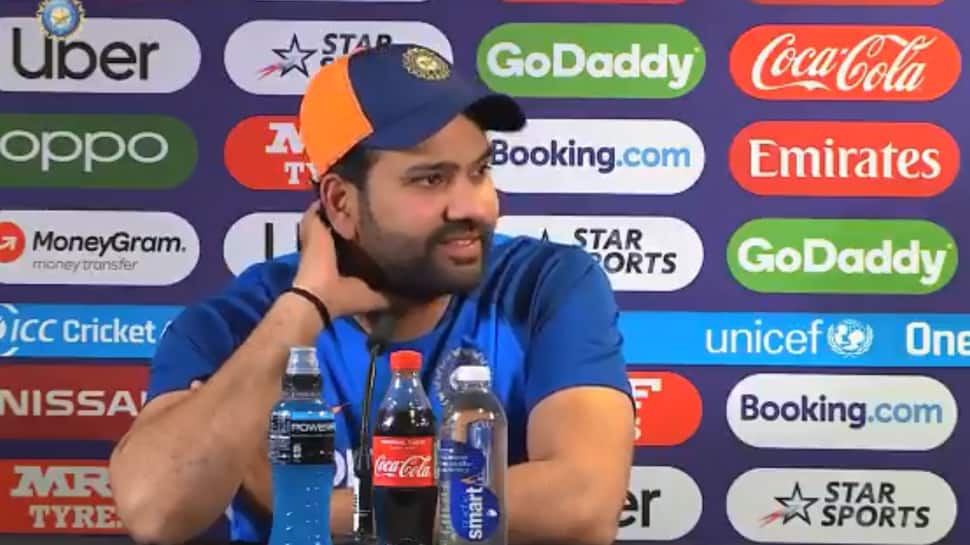 BIRMINGHAM: Rishabh Pant might have replaced Vijay Shankar for India at No 4 against England but Rohit Sharma insisted the allrounder is the team’s preferred choice for the position. In two innings batting from No 4, Shankar scored 29 and 14 against Afghanistan and West Indies and looked set to receive another chance against England but a small toe discomfort ruled him out.

Even captain Virat Kohli, on the eve of the match felt Shankar was close to playing the kind of knock expected of a No 4 batsman. Pant, his replacement on Sunday, scored 32 off 29 balls with four boundaries even though India failed to chase down 338 to be handed their first loss of the tournament. But despite Pant walking in at No. 4, Rohit explained that the management backs Shankar for the position and that there is no uncertainty regarding it.

“I thought we made it very clear at the start that Vijay would play, but before the game he got a toe issue. He got hit on his toe by Jasprit in the net session, so he was not fully fit for this particular game. Again, every team will have one or two or three unsettled players. That is what it is,” Rohit said.

“The tournament we’ve seen, there has been changes every now and then in each score because of the, first, based on the opposition that the team play and the conditions as well. So there will be one or two changes happening every now and then.”

Pant walked out at the fall of Kohli’s wicket, after Rohit and his skipper had added 138 runs for the second wicket, digging India out of a hole, where the score read 29 for 1 at the 10-over mark. The same faces that wanted Pant to play, now surprisingly doubted the management’s decision to send him at No 4 and felt Hardik Pandya could have been a better choice.

“I think, for someone like him also to come and play, he needs some time in the middle to spend and see what the pitch is doing, get used to the condition as quickly as possible. So I think it was the right move for him to come at that number because, again, we know what he can do with the bat. He just needs confidence because, obviously, playing his first game, expecting a lot is not right at the moment from him, but he should just come and play and enjoy his cricket. When he does that, he does well.”

Rohit helped India get close to the daunting target by bringing up his third century of the tournament, but with the pressure of a steep asking rate, he perished by edging Chris Woakes behind. His job could have been a lot easier had India’s bowlers – especially both their specialist spinners not endured a bad day. Yuzvendra Chahal and Kuldeep Yadav conceded 160 runs in their combined 20 overs while picking up just one wicket.

India may have erred by picking two spinners on a flat surface but Rohit felt it was just a bad day in the office for Kuldeep and Chahal.

“It’s always challenging for the bowler, especially for the spinner, if you don’t have any wickets down, and we know that they like to put pressure on the bowlers. And when Kuldeep and Chahal came to bowl, they already got off to a decent start, and they didn’t allow them to settle down, which was, I think, a tactical move from their side against our two spinners,” he said.

“But like you said, it was just an off day for these two guys. We have seen them bowl in tandem really well and put pressure on the batting unit, the opposition rather. So it’s just one off day. Like I said, the England team, they played complete cricket. They bowled really well. They batted really well. They got the result.”

Besides spinners, Rohit also offered his backing to Kedar Jadhav and MS Dhoni, who were believed to have not shown intent in the final five overs. Dhoni and Jadhav came together with India needing 71 off 30 balls, but the two batsmen slowed down and managed to hit three fours and a six while picking up 20 singles and playing out six dot balls.

“I thought we bowled really well, and I don’t think it was an easy wicket to hit sixes on,” Morgan pointed out. “I don’t know how many sixes were hit today, but it felt like it was down on probably a normal Edgbaston game where the wicket was normally quite good. So that’s a good indicator. It felt like that. I don’t know the numbers, but it just felt like that. I don’t think it was easy to hit sixes on.”