Hardik Pandya and K L Rahul were on Friday suspended pending an inquiry into their outrage-evoking comments on women during 'Koffee with Karan'. 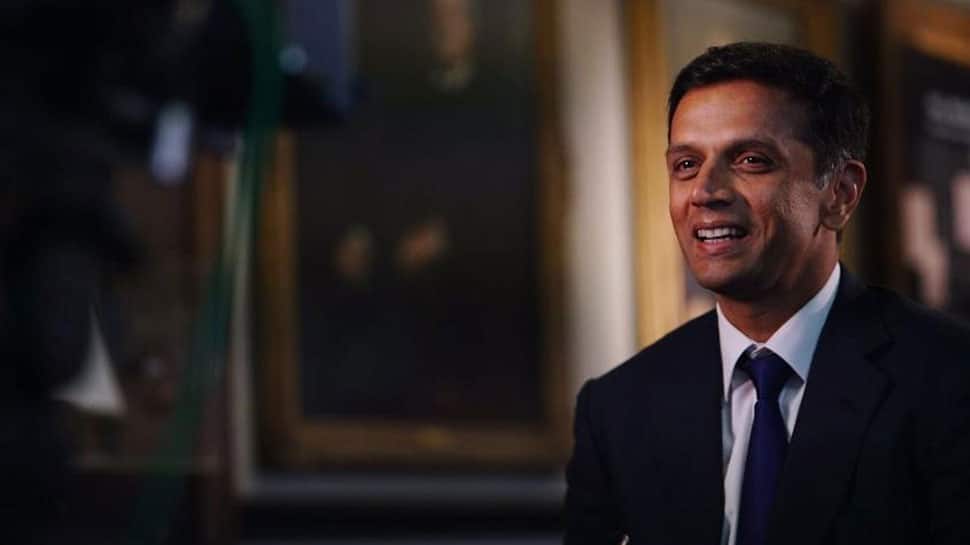 While Hardik Pandya and KL Rahul drew heavy criticism from cricket fans on social media over their sexist comments on a TV show recently, an old video of former Indian skipper Rahul Dravid has resurfaced which is setting the right example of how players should behave with women.

The video, which has been shared by a user on Twitter, dates back to early 2000s in which Dravid can be seen making an appearance on the prank show MTV Bakra, which was then hosted by Cyrus Broacha.

In the episode, actor Sayali Bhagat can be seen pretending as a journalist and interviewing Dravid about cricket before she wraps the prank by confessing her love for him and asking him to marry her.

The video begins with the journalist asking, How does it feel to be so famous? You’ve got such a lot of Singaporean fans.” In reply, Rahul says, “I mean... you realise that you are playing cricket and that’s what you are famous for. I mean, it’s got its good moments......”

After series of cricket-related questions, Bhagat wraps up the interview saying, “It was so nice...and then, it’s like...I’ve been always a fan of yours after you started playing cricket... I used to see you on television, so fascinated by you... and then I always wanted to ask you one thing....Rahul, will you marry me?”.

Unaware that a spy camera is rolling and a prank is being played on him, the former Indian skipper, who is known for his gentleman behaviour, advises Bhagat to concentrate on her studies instead of focusing on getting married.

The video was posted from @FlawedSenorita handle and it has already gone viral, with many contrasting Dravid's cool and classy reaction to the comments and subsequent apology from cricketer Hardik Pandya.

"Well Hardik Pandya incident reminded me of a young Rahul Dravid who was bullied in MTV Bakra and how well he responded to it. You always can set the right example if you have it in you. Must watch!" the Twitter user wrote as she shared the video on the occassion of Dravid's 46th birthday today.

Well Hardik Pandya incident reminded me of a young Rahul Dravid who was bullied in MTV Bakra and how well he responded to it. You always can set the right example if you have it in you. Must watch! pic.twitter.com/5X4Py9LvR9

Earlier on Friday, Hardik Pandya and KL Rahul were suspended pending an inquiry into their outrage-evoking comments on women during 'Koffee with Karan',  Committee of Administrators (CoA) chairman Vinod Rai had told PTI.

The duo will be returning from Australia after being omitted from the opening ODI of the three-match series on Saturday at the Sydney Cricket Ground (SCG).