Smith, Cameron Bancroft and David Warner -- all involved in the Sandpaper Gate fiasco -- have been booed during their appearances in the first and second Ashes Test matches at Edgbaston and Lord's. 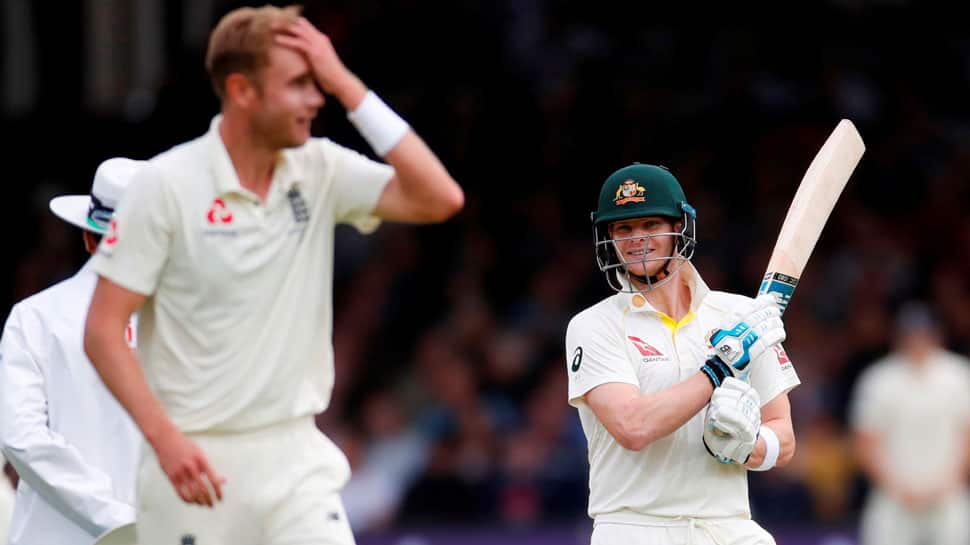 England Sports Minister Nigel Adams has described the booing of Steve Smith by England fans as "distasteful" and has urged them to cheer and not jeer at the Australian batsman.

Smith, Cameron Bancroft and David Warner -- all involved in the Sandpaper Gate fiasco -- have been booed during their appearances in the first and second Ashes Test matches at Edgbaston and Lord's.

During the second Ashes Test, Smith had to leave the field after he was struck on the neck by a 92.4 mph delivery from England pacer Jofra Archer, which knocked him to the ground.

The 32-year-old returned to the crease 40 minutes later, before being dismissed for 92. While many fans offered him a standing ovation, an audible contingent booed at and jeered Smith both times, when he was withdrawn and when he returned.

"The vast majority of the Lord's crowd were on their feet applauding Steve Smith after his innings but a small amount of booing from a tiny element of the crowd has made the news," Adams was quoted as saying by Sydney Morning Herald.

"It's distasteful and we have to remember that the Aussie players who got themselves into trouble have been punished and done the time.

"Smith, in particular, is a brilliant batsman and whilst of course, I don't want him getting too many runs while he's over here, he's mesmerising to watch and as genuine sports fans we should be applauding him, not jeering," he added.

"A draw for the second Test but it was a total Ashes foul for the crowd at Lords to boo Steve Smith," Morrison had posted on Facebook on Monday

"His performance on the pitch during his return to Test Match cricket in the UK demands nothing other than respect," he added.

Smith has been ruled out of the third Ashes Test with a concussion.