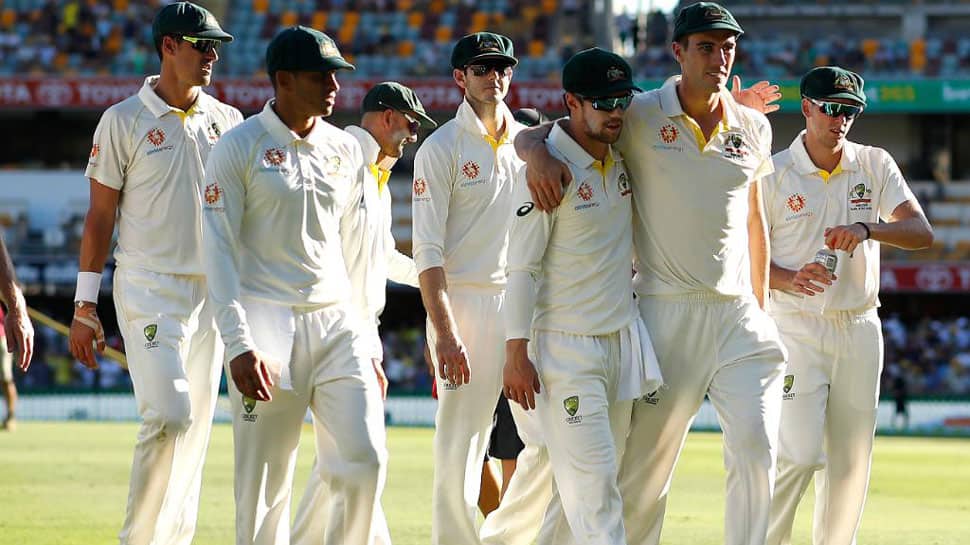 Pat Cummins took a career-best 6-23 to help Australia crush Sri Lanka by an innings and 40 runs inside three days in the series-opening day-night test in Brisbane on Saturday.

The paceman completed his maiden 10-wicket match haul as Australia bundled out Sri Lanka for 139, five fewer than the tourists had managed in their first innings, to register only their second test win of the summer at the Gabba.

"Any test team that you can beat in three days is a huge effort," Australia captain Tim Paine said. "It’s not easy to do to take 20 wickets and score enough runs and have a test match done in three days."

"But we’re not anywhere near the finished product. We are a long way off where we want to be."

While Cummins was adjudged man-of-the-match, Jhye Richardson also impressed by claiming two-second innings wickets on his debut with Australia comfortably maintaining their record of not having lost a test at the Gabba since 1988.

"If Pat Cummins bowls like he bowled in this test match against anyone he’s going to take wickets," Paine said. "I thought he was just relentless with his line and length.

"I thought he and Jhye in particular with their discipline and their ability to keep hitting a spot and wearing them down was outstanding."

After taking a wicket with the final ball of day two, it took Cummins just two balls on day three to get his next wicket, squaring-up the scoreless Chandimal and finding the edge which ballooned to Kurtis Patterson at gully.

In his next over, Cummins teased an attempted drive from Mendis (one), who edged to Joe Burns at second slip.

Lahiru Thirimanne (32) and Roshen Silva (three) briefly stemmed the flow of wickets, before Cummins got his fourth, having Silva caught by Burns in the slips to reduce the tourists to 35-4.

Cummins got a deserved fifth wicket but in controversial circumstances when he had Thirimanne adjudged caught behind, a decision upheld by the TV umpire despite no conclusive evidence Thirimanne had edged the ball.

Niroshan Dickwella tried one attacking shot too many off Richardson and holed out to Marcus Harris at square leg, before Cummins’ sixth wicket came from a spectacular catch by Patterson at gully off Dilruwan Perera.

Suranga Lakmal was the last man out when he was stumped by Paine for Nathan Lyon’s only wicket of the innings.

"We are really disappointed as a team," Chandimal said. "Our batting was below par throughout the game, so that’s the one area we will have to improve as a team."

"If you can’t score 300 total in an inning, it’s always tough to beat a team like Australia, especially in Australia."

Lahiru Kumara did not bat after Sri Lanka confirmed the paceman had torn his hamstring during the second day and will be unavailable for the second test in Canberra beginning on Friday and will also miss the team`s subsequent tour of South Africa.