The paceman, who has taken 72 wickets in 44 one-dayers, has been ruled out of the upcoming limited overs tour of India and the ODI series against Pakistan in the United Arab Emirates that follows. 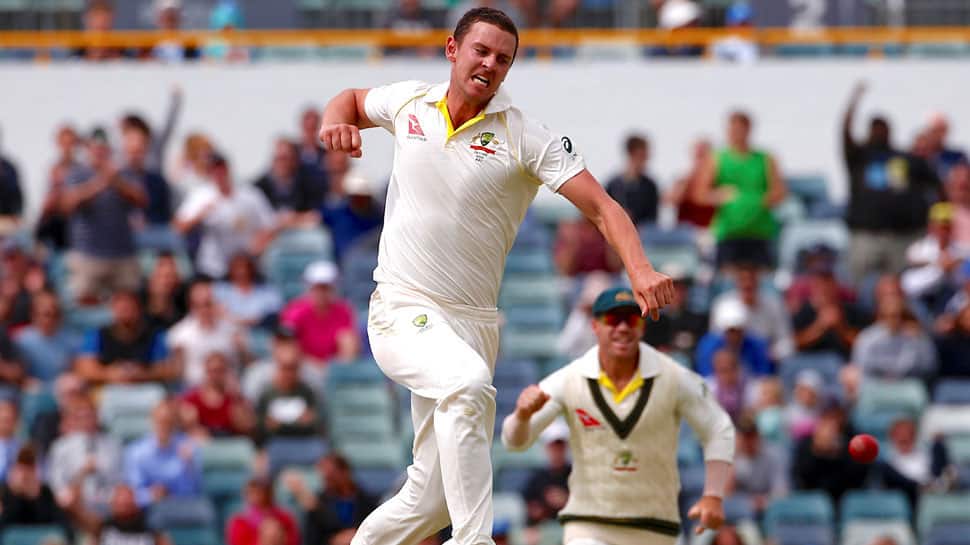 Strike bowler Josh Hazlewood is confident he`ll have plenty of time to recover from a stress fracture in his back before Australia`s defence of the World Cup in England later this year.

The paceman, who has taken 72 wickets in 44 one-dayers, has been ruled out of the upcoming limited overs tour of India and the ODI series against Pakistan in the United Arab Emirates that follows.

The 28-year-old quick said he would be having another scan on the damaged back that has kept him sidelined since mid-January in Sydney on Friday and was happy there would be plenty of playing opportunities to get match-fit before June.

"I think, working back (for) the World Cup mostly," he told reporters on Thursday at the Melbourne Cricket Ground, where he helped Australia beat New Zealand in the 2015 final.

"That`ll give me plenty of time to get fit for the World Cup and the Ashes.

"There`s quite a long build-up ... there`s still quite a lot of cricket I can get to before the World Cup actually starts.

"It`s already been six weeks and, as I say, we`ll know more tomorrow, but everything`s feeling pretty good. We`ll probably start walk-through bowling in the next couple of weeks if all goes well."

Australia open their title defence in England with a group match against Afghanistan at Bristol`s County Ground on June 1.