Richardson is set to be a part of the Australian squad for the away series against India, following injuries to Josh Hazlewood and Mitchell Starc. 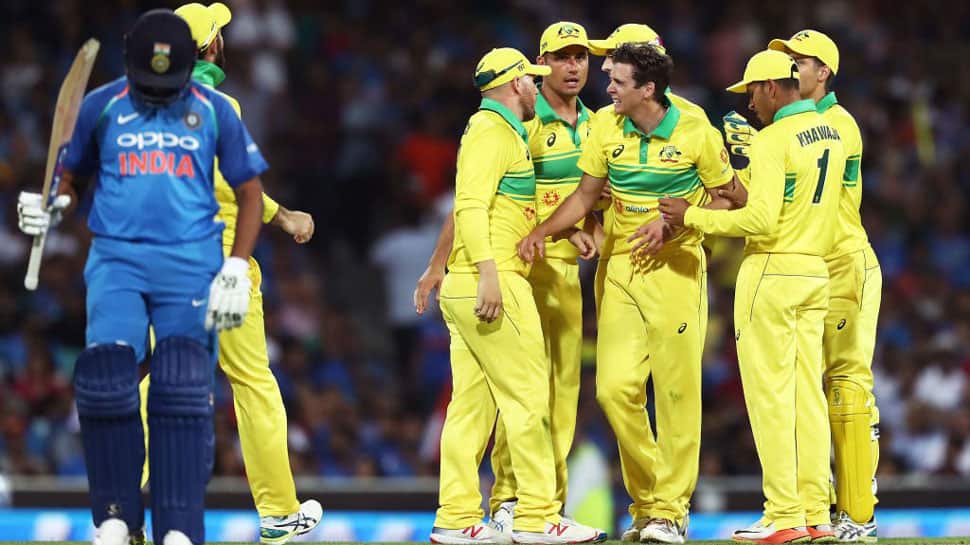 Australian fast-bowler Jhye Richardson paid special tribute to his parents during the WACA's Test Player Walk, with the ceremony featuing every Western Australia player to have featured in a Test match.

Richardson hailed them for their sacrifices during his growing days, terming their efforts as 'massive'.

"Their sacrifice has been massive," cricket.com.au quoted Richardson as saying.

"All of the driving around they did for me when I was younger, the days off work - sacrificing their lives for me means a lot. I'll be forever grateful," he added.

The 22-year-old made his presence felt during the two match Test series against Sri Lanka, registering figures of 3-26 and 2-19 on his debut which hold him in good stead for a spot in the World Cup and Ashes squads.

Richardson is set to be a part of the Australian squad for the away series against India, following injuries to Josh Hazlewood and Mitchell Starc.

The pacer is likely to be handed more opportunities during the upcoming five-match ODI series and two T20Is. However, Richardson has expressed a desire to not delve too much into the future, focus simply on the clashes in India.

Australia and India are set to battle it out in T20s on February 24 and 27, with the ODI series set to start on March 2.