The 26-year-old, played a key role in the 3-2 series comeback victory over India, by taking 11 wickets and claiming the second position on the wicket-taking list. 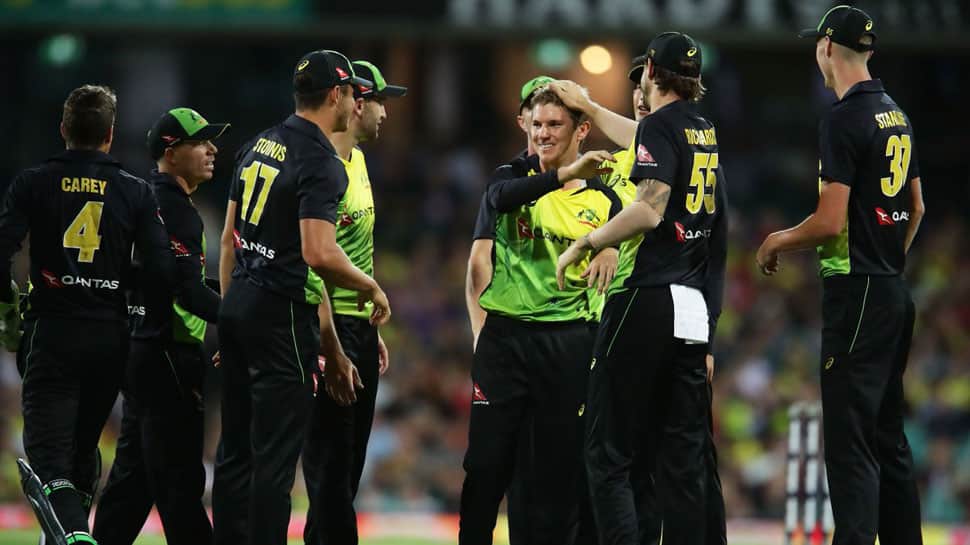 The clamour in Australia to include Adam Zampa in the Cricket World Cup squad has reached fever pitch after his strong series in India, but the leg-spinner feels that his place is far from assured.

The 26-year-old from Shellharbour, New South Wales, played a key role in the 3-2 series comeback victory over Virat Kohli's side, taking 11 wickets at an average of 25.81 to outduel India's spinners on their own pitches and claim the second position on the wicket-taking list behind seamer Pat Cummins.

It was a far cry from Zampa's first tour of India in 2017 when hard-hitting Indian all-rounder Hardik Pandya took to him with gusto and declared that he could 'hit a six off him anytime.'

"Throughout my short career, I've found that it can change really quickly. I started my career really well, but I've had some ups and downs," Zampa told reporters ahead of Australia's first training session in Sharjah ahead of the ODI series against Pakistan.

"So (I'm) trying to build on the momentum I have, I know what it's like to be in and out of the team and be dropped from the squad altogether."

"(I'm) just trying to make the most of my position at the moment, I guess taking it one series at a time, it's a bit of a cliché, but that's how it is," he added.

Australia won the 2015 World Cup on home soil without a specialist slow bowler, but wrist-spinners have become a must-have in 50-over cricket and occupy half of the top-10 bowlers in the ICC world rankings for the format.

Zampa, who relies less on sharp turn and drift and more on attacking the stumps with deliveries that skid off the pitch, bowled well in tandem with off-spinner Nathan Lyon in India.

The pair are expected to continue their dual spin assault against Pakistan in the five matches in the United Arab Emirates. The first match starts on Friday in Sharjah.

"We can't bury our heads in the sand and just say we're going with fast bowlers when spinners in world cricket and in one-day cricket, in particular, are being very, very successful," selector Trevor Hohns said earlier this week.

Batting teammate Shaun Marsh felt Zampa had improved 'out of sight' in the leadup to the May 30-July 14 World Cup.

"It's just his control now, he's a bit more mature. He's got a bit more of an understanding of what he's trying to do out there," he said.

"I thought he did a fantastic job in all the games (in India) and he took wickets at key times. He's going to be a big part of this team moving forward," Marsh added.