The 31-year-old has previously stood in 15 women’s ODIs--the first one in November 2016 between Australia and South Africa. 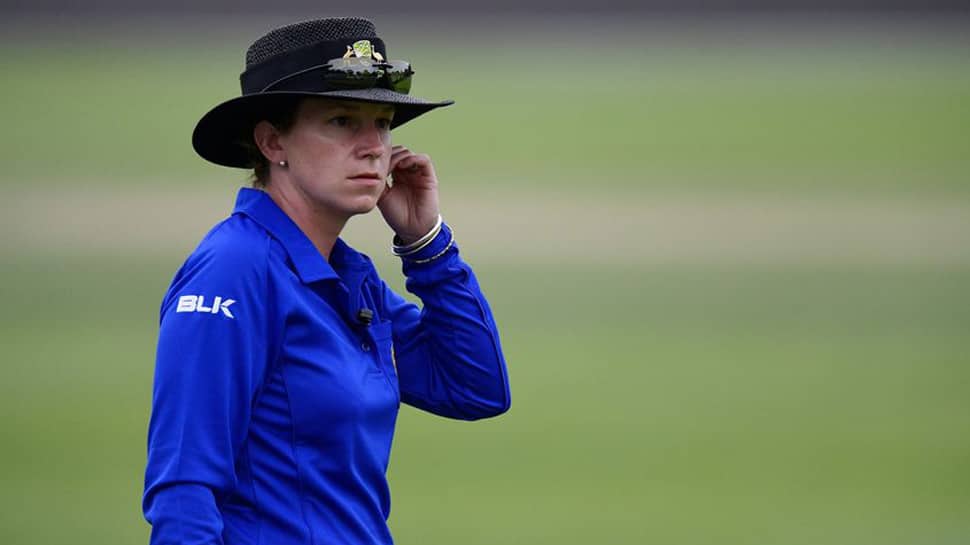 Australia’s Claire Polosak is all set to create history by becoming the first woman umpire ever to stand in a Men’s One-Day International when she takes the field in the final of the ICC World Cricket League Division 2 on Saturday.

The 31-year-old, who is breaking new ground for women cricket officials, has previously stood in 15 women’s ODIs-- the first one in November 2016 between Australia and South Africa.

Polosak has been championing female officiating and has been a path breaker before too. She was the first woman to stand in a men’s domestic fixture in Australia in her first List A match in Australia in 2017.

In December last year, she and her South Australian counterpart Eloise Sheridan became the first female umpires to officiate on-field together during a professional match in Australia when the Adelaide Strikers hosted the Melbourne Stars in the WBBL.

Exuberant at the impending milestone, Polosak said, “I am thrilled to be the first woman to stand in a Men’s ODI and how far I have come as an umpire. It really is important to promote women umpires and there's no reason why females can't umpire in cricket. It's about breaking down barriers, creating awareness so more females can come into the role.”

"Umpiring is a team effort. I would like to thank all the umpires I have worked with, my local umpires association- NSW Cricket Umpires' and Scorers' Association and Cricket Australia, as well as my family and friends, as without their support, this match today would not be possible," he said.

Adrian Griffith, ICC Senior Manager – Umpires and Referees, said, “Congratulations to Claire for this fantastic achievement of becoming the first woman umpire to stand in a Men’s One Day International. It is one thoroughly deserved and a result of her hard work and perseverance. She is a role model for women who want to get into officiating and proves how successful they can be once they are on the right path and get the opportunities.”

Polosak’s achievement comes at the conclusion of the ICC World Cricket League Division 2 in Namibia, where USA, Oman, PNG and Namibia have secured ODI status and a place in the newly-formed ICC Men’s Cricket World Cup League 2.