Pakistan's dashing batsman Babar Azam, who currently holds the numero uno position in the ICC rankings, is all set to get hitched by next year. 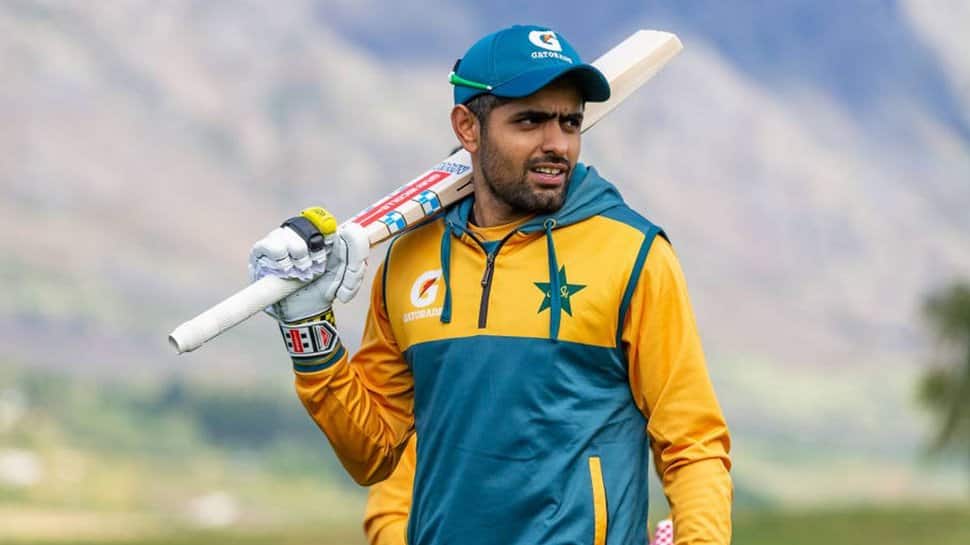 Pakistan's dashing batsman Babar Azam, who currently holds the numero uno position in the ICC rankings, is all set to get hitched by next year. As per reports the cricketer is already engaged.

The Pakistan skipper is currently under quarantine as he is gearing himself up for the resumption of Pakistan Super League, which got suspended midway due to COVID-19.

"Babar Azam" is already engaged with his cousin & they will marry next year. Now it's confirmed & amazingly all team members already know it. Congratulations @babarazam258
Credit: @geonews_urdu #BabarAzam pic.twitter.com/0swsHWLKM1

Azam is set to marry his cousin next year, revealed sources on Tuesday. It has been agreed between the families of the cricketer and his cousin that the two will be married next year, confirmed sources to a Pakistan daily.

Babar features for PSL franchise Karachi Kings and will be soon be seen in action as the remainder of the T20 league is all set to start soon. As per reports the remaining 20 matches of the suspended season are likely to be begin from June 9, however, no official confirmation has been made in this regard.

Interestingly, Babar's teammate Azhar Ali recently did a interaction session with his fans on Twitter. During the session a fan requested Azhar to share some words for the swashbuckling batsman, to which the cricketer replied, “Shadi kar lay (get married)”.

Following the conclusion of PSL, Babar and his unit are scheduled to leave for the United Kingdon, where they will play a three-match each ODI and T20I series against the hosts.

The team will then lock horns with West Indies in another away series, which is scheduled to begin from July 27.

The 26-year-old is currently embroiled in a legal tussle and on March a Lahore court had directed the Federal Investigation Agency (FIA) to lodge a case against the cricketer, on charges of blackmail and harassment.

The complaint were filed by Hamiza Mukhtar, who during a press conference alleged the Pakistan skipper of harassment and exploitation.

As per reports, Babar forced her to undergo abortion and made false marriage promises. The petitioner annexed her medical documents as evidence against the cricketer.