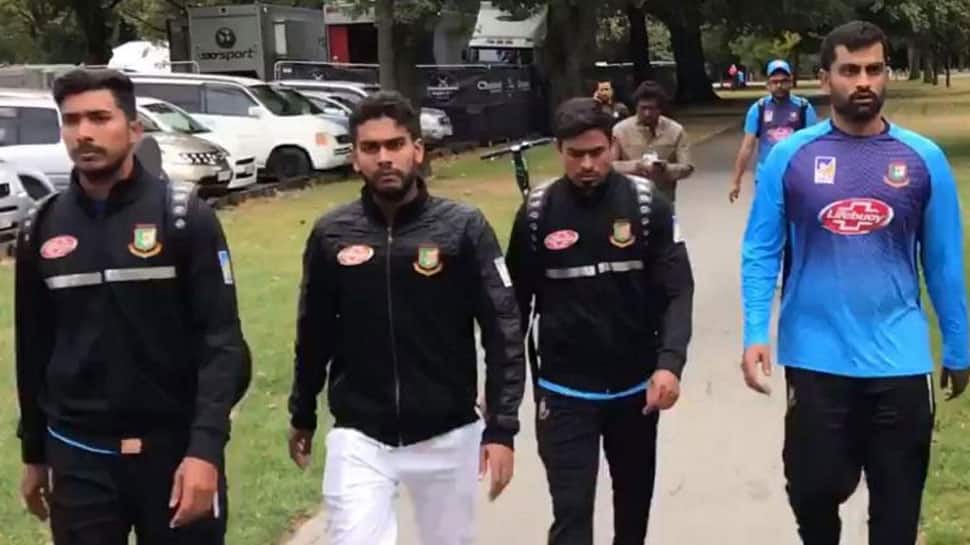 The plan was to offer the Friday namaaz and then head for practice. But the Bangladesh players ended up praying for their own lives as they narrowly escaped a terror attack inside a mosque close to the Hagley Oval ground in New Zealand's Christchurch.

The team bus was barely metres away from the scene of the carnage when the players first heard gunshots. Moments later they saw a woman collapse. Some of the players wanted to help the distressed woman, but just then they saw a group of petrified worshippers pouring out of the mosque, some of them covered in blood.

"We couldn't react initially. In such a situation, your brain automatically freezes as you are terrified. That's exactly what happened to all of us," Bangladesh cricket team's performance analyst Shrinivas Chandrasekaran, who was in the bus, told PTI over the telephone from the team hotel in Christchurch.

Shrinivas, a Mumbai-based software engineer who works as a video analyst with the Bangladesh team said that initially, they didn't even realise that it was a terror attack.

"It was a few metres away from the mosque and we suddenly heard gunshots. Neither the players nor me initially realised what was happening. Suddenly we saw this woman fainting on the road. We thought it was a medical emergency and some of the boys wanted to get down from the bus and help the lady," said Shrinivas, his voice still quivering as he recalled the the team's close shave.

It was some time before the police arrived and they were escorted out of the backdoor of the team bus.

"It is obvious that all the players and support staff are in a state of shock. They are all too shocked to react."

Shrinivas, who earlier worked with IPL franchise Sunrisers Hyderabad and joined the Bangladesh cricket team in 2018, thanked both the Bangladesh Cricket Board (BCB) as well as New Zealand Cricket (NZC) for their prompt reaction.

"We are all waiting to return home. The players will be leaving for Bangladesh and I am also waiting for my return ticket to India," he said.