Batting at No 5 for India A has helped my game: Vijay Shankar

The sudden selection and the cloud of uncertainty hovering over Pandya for his transgressions has suddenly brought Shankar into the mix but he is unfazed about it. 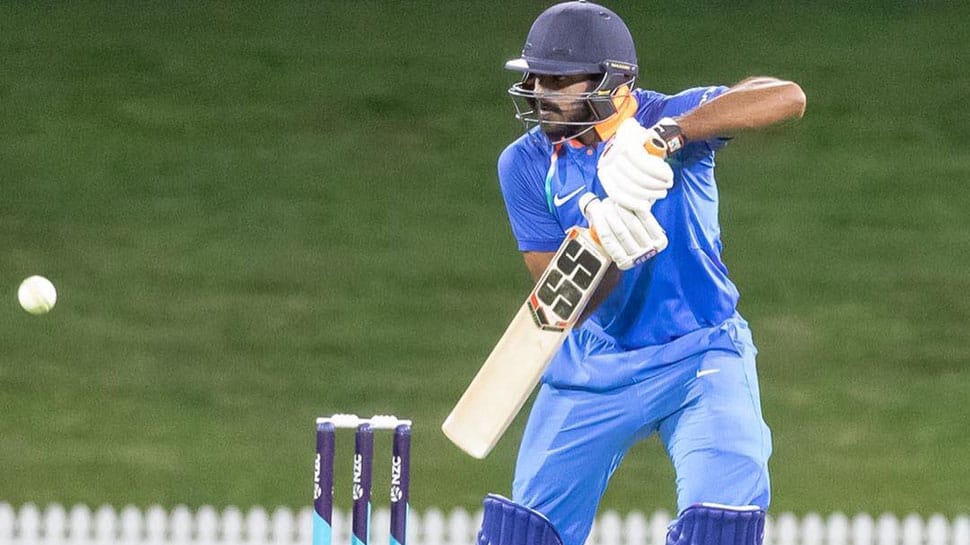 Vijay Shankar was mercilessly roasted by fans when he failed to pick Mustafizur Rahaman's variations during the Nidahas T20 final but Rahul Dravid's confidence in his "finishing abilities" has made him more confident for his upcoming second stint with the Indian team.

The 27-year-old Tamil Nadu all-rounder will be joining the team in Australia and New Zealand as a replacement of Hardik Pandya, who has been suspended by the BCCI for his controversial comments on a TV show.

In February last year, Shankar's big match temperament was put to test against a quality Bangladesh attack but the Tamil Nadu captain has come a long way since then.

"I think I have become mentally stronger now and I have full confidence that I can finish close matches. The India A tour of New Zealand has helped me understand my game much better," Shankar told PTI during an interaction.

He believes that A team coach Dravid's decision to send him to bat at No 5 in New Zealand helped him immensely.

"Rahul sir told me one thing that he has faith in my ability to finish games. I think batting at No 5 also suited my game as I was able to close two games and remain unbeaten," said Shankar, who has so far played five T20s for India.

"The 87 I scored in a chase of 300 plus against New Zealand A gave me a lot of belief that I also belong to this level. In another game, I scored 60 odd in a chase.

"While batting at No 5, in all these matches when I was going into bat, we required 150 to 160 runs and it was very important that I paced the innings well and played the role of a finisher," Shankar explained.

While he was bowling four to five overs per match during the Vijay Hazare Trophy, he has bowled more overs in the Ranji Trophy.

"I have put equal emphasis on both aspects of the game. I have completed my 10 over quota in a lot of Hazare games and got breakthroughs. In Ranji Trophy also, I had bowled a lot this season. The best part is that I feel more stronger mentally with the hardwork I have put in."

The sudden selection and the cloud of uncertainty hovering over Pandya for his transgressions has suddenly brought Shankar into the mix but he is unfazed about it.

"I am not thinking about World Cup and all those things. You can't play freely if you start thinking like that."