“Shikhar has been consistently scoring at the top and his performances in the ICC events have been significant. Deepti is a genuine all-rounder and her contribution to the team has been vital,” said BCCI President Sourav Ganguly. 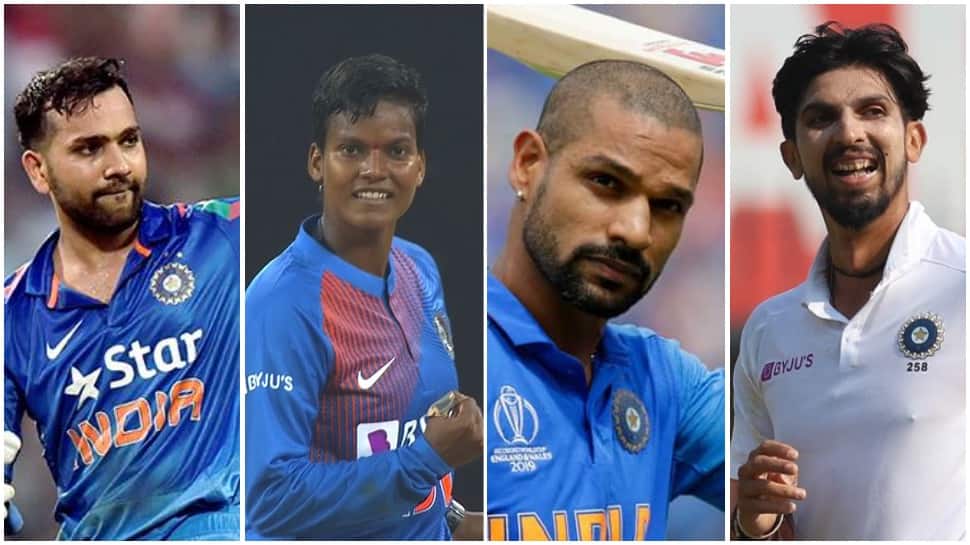 Rohit Sharma who was named the ICC ODI Cricketer of the Year for 2019 also became the first player in the history of the game to score five ODI centuries in one edition of the World Cup (2019).

He also has the record of the highest individual score in ODI on his name and is the only batsman in the world to have more than one ODI double century (3).

Rohit is also the first batsman to score four T20I centuries and is the first player to have twin centuries in his maiden appearance as a Test opener.

Rohit’s opening partner in the ODIs, Shikhar Dhawan is nominated for the Arjuna award, he holds the record for the fastest Test century on debut and is the only batsman in the world to have won two consecutive golden bats (for most runs) in the ICC Champions Trophy.

Ishant Sharma, who is leading India’s pace bowling unit is also nominated for the Arjuna award. The right-arm fast-medium bowler is the youngest Indian to play all three formats of the game and also holds the record for most wickets by an Indian pacer outside Asia.

Indian women’s cricket team’s top-notch all-rounder, Deepti Sharma, who holds the record for the highest individual WODI score by an Indian player is also nominated by BCCI for the Arjuna award. She is also the only Indian spinner to take 6 WODI wickets.

BCCI President Sourav Ganguly said on the nominations, “We went through a lot of data and considered various parameters before shortlisting the nominees. Rohit Sharma has set new benchmarks as a batsman and achieved scores people thought were not possible in the shorter formats of the game. We feel he is worthy of getting the prestigious Khel Ratna award for his commitment, conduct, consistency and his leadership skills.”

Ganguly added, “Ishant Sharma is the most senior member of the Test squad and his contribution has been vital in the Indian team’s long run as the No. 1 Test side. Fast bowlers are prone to injuries and Ishant has had a fair share of them but he has fought hard to be back on the park every time.”

“Shikhar has been consistently scoring at the top and his performances in the ICC events have been significant. Deepti is a genuine all-rounder and her contribution to the team has been vital,” said Ganguly.

BCCI’s Secretary Jay Shah said, “There is a no bigger honour than representing your country and being nominated for national awards is a recognition of your hard work. In the last five years, Rohit Sharma has not only raised the bar with his individual performances but has also led the Indian team with distinction in Virat Kohli’s absence. Under his captaincy, India famously won the Asia Cup in UAE, the Nidahas Trophy in Sri Lanka and registered many bilateral series wins at home.”

He stated that Rohit has been a perfect team-man and a mentor to youngsters and that he deserves the highest sporting honour in the country.

Jay added, “Ishant Sharma has been a warhorse while Shikhar Dhawan lifts the team's morale with his fearless approach. Deepti Sharma has contributed a lot in the Indian team’s consistent showing in the big-ticket events.”