Stokes, who was also declared 'Man of the Match' for his all-round performance, finished with brilliant figures of two for 12 in 2.5 overs he bowled 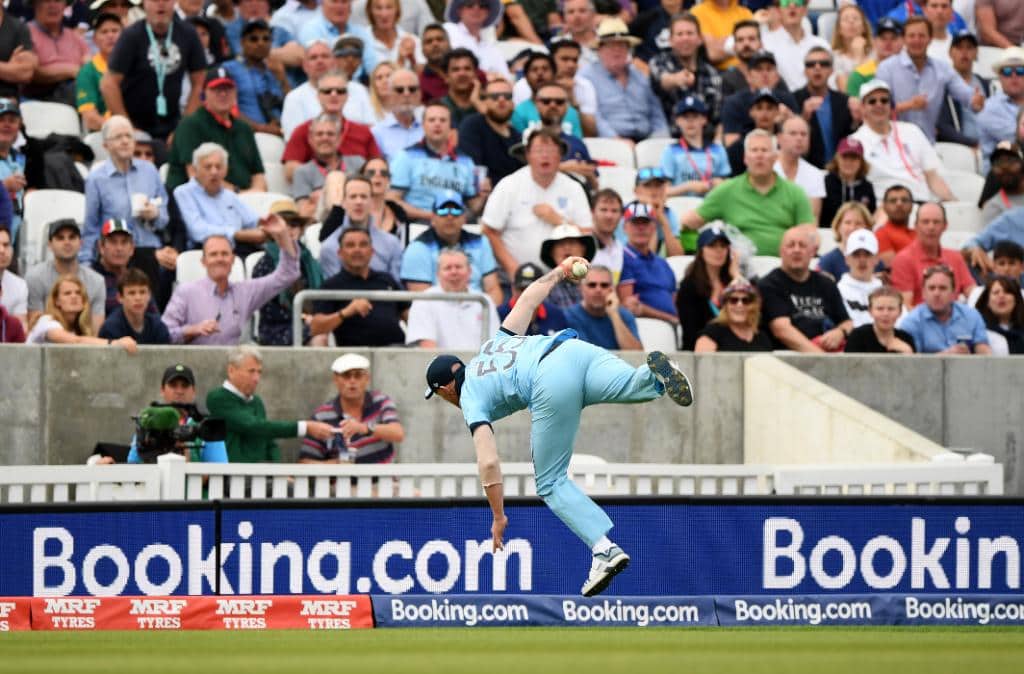 England all-rounder Ben Stokes on Thursday raised the eyebrows by bagging one of the greatest catches of all time during his side's opening clash of the 2019 International Cricket Council (ICC) World Cup against South Africa at The Oval.

The unbelievable catch came when Andile Phehlukwayo was batting at 24 during South Africa's chase of the 312-run target. The South African batsman slapped the first delivery of the 35th over from Adil Rashid to the boundary, only to see Stokes ran back before jumping into the air to pull off an incredible one-handed catch.

Ben Stokes has just taken one of the greatest catches you will EVER see!

As a result of the catch, Phehlukwayo had to go back to the pavilion after scoring just 24 runs to leave South Africa reeling at 180 for seven.

Former England skipper and commentator Nasser Hussain was full of praise for Stokes as he described the all-rounder's catch as "one of the greatest of all time".

England went on to clinch a massive 104-run victory over South Africa in the World Cup opener after the latter were bundled out for 207 runs in 39.5 overs.

Stokes, who was also declared 'Man of the Match' for his all-round performance, finished with brilliant figures of two for 12 in 2.5 overs he bowled. While Jofra Archer finished with the figures of three for 27, Liam Plunkett (two for 37), Adil Rashid (one for 35) and Moeen Ali (one for 63) also contributed with the ball.