Bhuvneshwar Kumar and wife Nupur blessed with a baby girl

Bhuvneshwar Kumar's wife Nupur delivered the couple's first child at a private hospital in Delhi on Monday on 9 November. 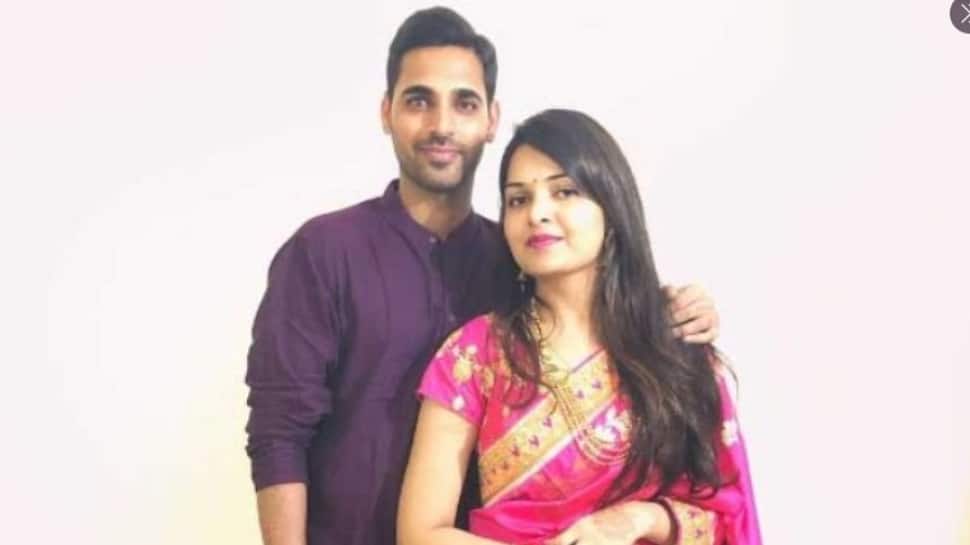 Indian pacer Bhuvneshwar Kumar and wife Nupur have been blessed with a baby girl.

The treasurer of the Meerut District Cricket Association (MDCA) Rakesh Goyal confirmed the news to the media, said a report on Times Now.

Nupur delivered the couple's first child at a private hospital in Delhi on Monday on 9 November.

It is also reported that the Team India pacer was not in the hospital at the time of delivery due to his commitment with the Indian cricket team which was engaged in the three-match T20I series.

Bhuvi and Nupur had got married on 23 November 2017 in Meerut. The baby has arrived a day before their fourth wedding anniversary.

The pacer went through a lot this year. He has been battling many injuries on cricketing front and on personal front, he lost his father in May this year.

Bhuvi had a difficult time in the T20 World Cup 2021 in UAE. He fared poorly in the first game against Pakistan, conceding 25 runs in three overs. After that poor show, he did not feature for India in the remaining four games of the Super 12 stage.

But he made a strong comeback when against New Zealand in home T20I series. He picked up three wickets in three games at an economy rate of 7.50, that helped India clinch series 3-0.

India vs New Zealand: Kane Williamson hints NZ can play a spin-heavy side in first Test