Biggest reward is ability to bring a smile on faces of Indians that follow cricket: Ajinkya Rahane

"We continue to seek your support and good wishes as we work hard for the next two matches," Rahane said. 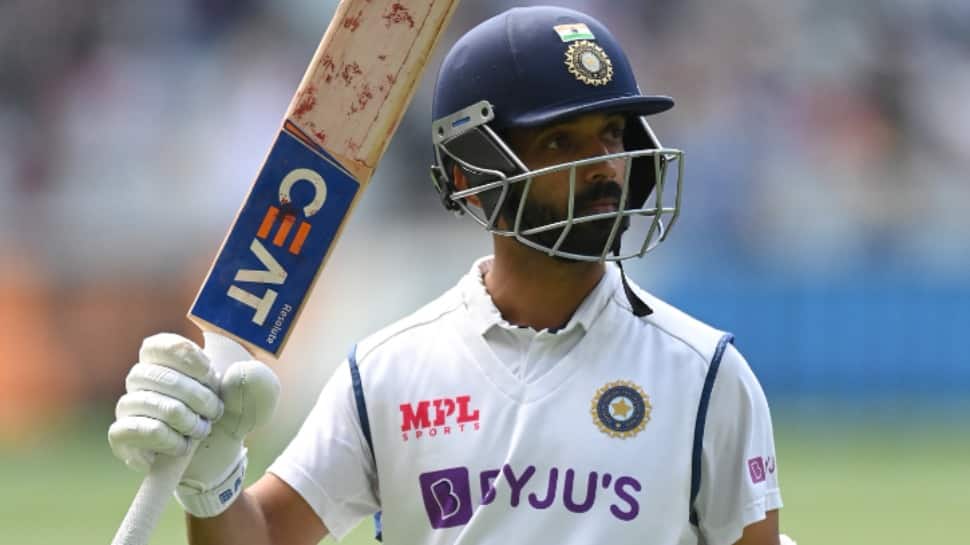 Sydney: A day after leading India to a remarkable 8-wicket victory against Australia in the second Test at the Melbourne Cricket Ground, the stand-in skipper Ajinkya Rahane expressed on Wednesday (December 30, 2020) that the biggest reward is the ability to bring a smile on the faces of Indians that follow cricket.

Rahane who led from the front and hit his 12th century said, "I would like to express my gratitude for all the love and support we've received. The biggest reward for us as a team has been the ability to bring a smile on the faces of all those Indians that follow the sport."

The 32-year old added, "We continue to seek your support and good wishes as we work hard for the next two matches."

Rahane's message comes after India bounced back from the Adelaide disappointment in the first Test match and beat Australia in the Boxing Day Test at the Melbourne Cricket Ground in the 4-match Test series.

Rahane hit 112 runs and received the Man of the Match award. He was also adjudged the inaugural winner of the Mullagh Medal.

In the post-match ceremony, Rahane said, "Really proud of all the players. Played really well. Want to give credit to the debutants Siraj and Gill, the character they showed after the Adelaide loss was great to see. The character was important for us, especially after losing Umesh in the second innings."

Before the match, all eyes were on Rahane as to how he would lead the Indian side that had made an unwanted record of collapsing to its lowest Test score of 36 that handed over Australia an emphatic eight-wicket victory in the first Test.

Following the defeat, India's regular captain Virat Kohli was not available as he was on paternity leave and pacer Mohammad Shami was also injured.

However, all these didn't bother Rahane as he received praise for his captaincy from everyone including Aussie great Ricky Ponting.

At stumps on day 1, Australia's most capped international skipper said, "Rahane's captaincy has been brilliant so far. Rahane's field placements, bowling changes have all been pretty much spot on. With captaincy, making bowling changes and changing the field, you need guys to be able to execute well."

Now, Rahane will eye on taking the lead in the series when the third Test begins at the Sydney Cricket Ground on January 7.