Australia beat India by eight wickets inside three days in the first first day/night Test to take 1-0 lead in the four-match series. 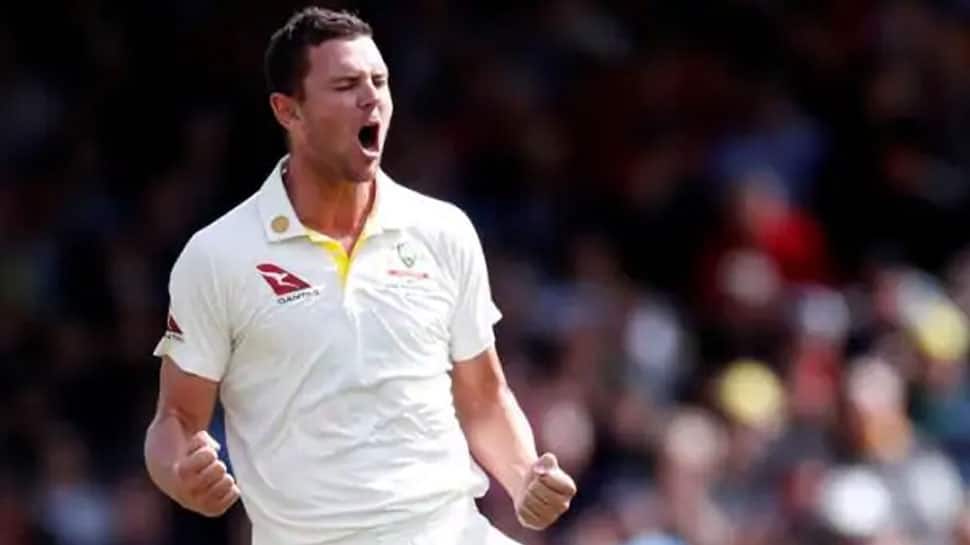 Adelaide: Australia beat India by eight wickets inside three days in the first first day/night Test to take 1-0 lead in the four-match series here in Adelaide Oval on Saturday. Australia overhauled the target of 90 runs during the second session on the third day, reaching to 93 for 2 in 21 overs in their second innings.

The Indian cricket team under Virat Kohli also faced its worst hour of embarrassment while collapsing to its lowest Test score of 36 as a rampaging Australia cruised to an emphatic eight-wicket victory in the opening Day/Night Test.

There were no demons in the pitch but Josh Hazlewood (5-3-8-5) and Patrick Cummins (10.2-4-21-4) displayed fast bowling of highest quality, the impact of which will be far-reaching with three more Tests to go.

India's earlier lowest score was 42 at the Lord's in 1974 against England, known in Indian cricket parlance as the "Summer of 42". Saturday's total was also the lowest score in the brief history of D/N Tests and the joint fifth lowest overall.

The easy target of 90 runs was achieved by the home side in only 21 overs without much fuss.

They only lost Matthew Wade (33) and Marnus Labuschagne (6) in pursuit of the easy goal and in the process, opener Joe Burns (51) got a confidence-boosting half century.

India have now lost three successive Tests well inside three days with two being in New Zealand earlier this year.

To make matters worse for the visitors, star pacer Mohammed Shami's series could well be over due to a wrist injury from a short ball from Pat Cummins, which could potentially be a fracture. Shami could not continue and the Indian innings was terminated at 36 for 9 in 21.2 overs.

The likes of Sunil Gavaskar and the late Ajit Wadekar had long carried the baggage of that English Summer, inarguably one of the worst in the annals of Indian cricket. It will now be replaced by the "Summer of 36".

Call it irony, but just like Gavaskar then, a modern day great like Virat Kohli will have this bit of avoidable history in his legacy, a day when one could hardly figure out what went wrong.

At one stage, India were reduced to 26 for 8 and looked like equalling the lowest ever Test score (26 by New Zealand vs England ) but Hanuma Vihari's boundary helped them evade entry into the dark pages of cricketing history.

The Indian batting was completely exposed by the extra bounce generated by Australian pacers, who bowled every delivery on the off-middle channel after landing on the seam.

In an inexplicable collapse, India's much vaunted batsmen fell like nine pins with not a single one able to reach double figures.

Once nightwatchman Jasprit Bumrah (2) was out in the first over, Hazlewood and Cummins (10.2-4-21-4), literally decimated the tourists and also caused lasting damage to their pride.

The likes of Mayank Agarwal (9), Cheteshwar Pujara (0) and Ajinkya Rahane (0) were all out in similar fashion.

All the deliveries were almost identical, angled in, which forced the batsmen to jab at them and just bounced a wee bit more. They deviated a shade taking outside edges to Tim Paine behind the stumps.

Kohli (4) was dismissed in the manner he used to get out in England back in 2014, trying to drive a delivery on the fifth stump and caught at gully.
To sum it up, the Indian batsmen failed to factor in the pitch suddenly becoming more livelier with extra bounce.

The two Australian pacers bowled deliveries that the visiting batsmen had to play and the ultra-defensive mindset that they carried from the first innings didn't help their cause. Never has a Test match changed so dramatically in an hour's play like it did at the Adelaide Oval on Saturday.

Worse, a collapse like this could affect the performance in the next Test match at the MCG, beginning December 26, and not to forget they won't have a Kohli to look up to as he would be on paternity leave. Ajinkya Rahane, the captain in waiting, has been in wretched form for the longest time and one would prefer to discount his hundred against a below-par West Indies attack in the interim.

Even the South Africa attack at home wasn't the best in the business. Prithvi Shaw's confidence is in shambles in terms of both technique and temperament. Mayank Agarwal, with that pronounced back-lift and a dodgy technique against deliveries with extra bounce, will also have his share of problems.

Cheteshwar Pujara's defensive batting worked well in 2018 but this time, there is the propensity to get stuck as Shane Warne, during commentary, pointed out at his inability to rotate the strike. As much as one romanticizes that 43 off 160 balls as a display of pristine Test cricket but that lack of runs in the first two sessions also came back to bite India hard.