South Africa used a four-prong seam attack against a Pakistan team clearly not equipped to handle the pace and bounce of South African conditions. 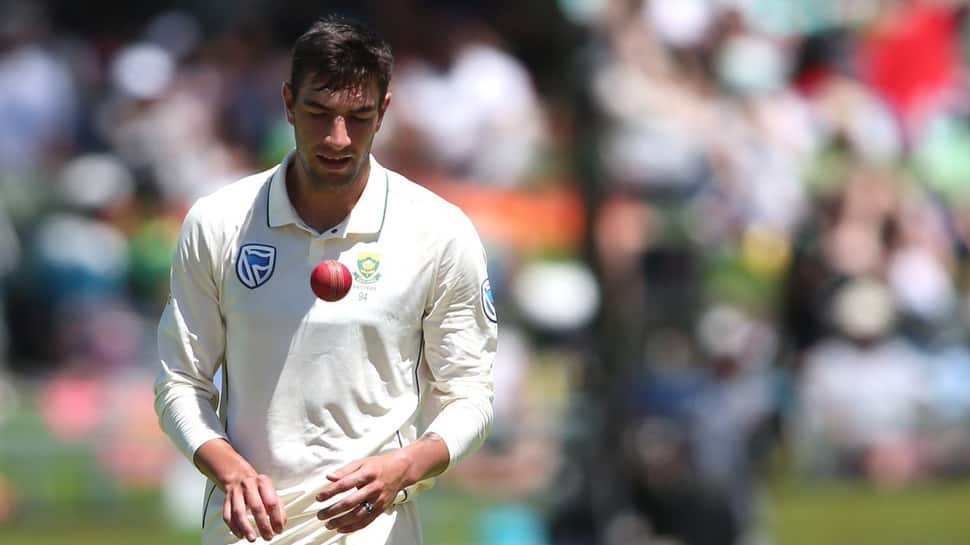 The emergence of Duanne Olivier to bolster South Africa`s impressive fast bowling stocks was a major catalyst in the recent 3-0 Test series victory over Pakistan and provides a glimpse into the future for teams visiting the country.

When Ottis Gibson took over as Proteas coach in August 2017, he made it clear that he favoured using South Africa`s traditional strength -- fiery seam bowling -- to bring success in the Test arena.

With wickets produced to aid that plan, South Africa used a four-prong seam attack against a Pakistan team clearly not equipped to handle the pace and bounce of South African conditions.

"You have to play to your strength, and if your strength is four quality fast bowlers, then use those," Gibson told reporters, while dismissing criticism from Pakistan`s Mickey Arthur about the  pitches being too much in favour of the home side."

"When you look at the opposition and see they are accustomed to playing on slow wickets, then why not produce fast, bouncy pitches when you are playing at home? We will continue to play this brand of cricket because it`s successful,"Gibson added.

Ironically, injuries have helped to boost their depth with Lungi Ngidi filling in for the experienced Dale Steyn when he was sidelined for lengthy periods, while Olivier replaced the former when he missed the Pakistan series with a knee problem.

Olivier would likely not have played the first Test were it not for a finger injury for Vernon Philander, but ended up becoming the man of the series, with 24 wickets at an average of 14, just one shy of the 117-year old South African record for a three match Test series.

While the bowlers and Gibson, a former pace bowler, might have enjoyed the conditions, there have been some rumblings from the batsmen about how difficult it is to score runs at home.

"I keep saying to the batters, when the wickets are like this, you don`t need to score 500, it`s not necessary," Gibson said.

"If we get 262, on a fast, bouncy track, 262 with our fast bowlers is a great score because we know we can knock a team over for under that, which is what we did," he added.

South Africa, who have moved to second in the Test rankings behind India, play five one-day internationals and three Twenty20 matches against Pakistan before Sri Lanka arrive for two Tests in February.

Gibson has hinted the heavy workload in a World Cup year may see a change in tactics for that series, which could give the side the opportunity to rest players and bring about a return for spinner Keshav Maharaj.

"He is taking wickets‚ doing great work for the team and what we have done in the last 12 months is to look for opportunities to rest people. We will find an opportunity to rest him for sure. With regards to Keshav,  he knows that he is still part of the plans and he understands his role and the bigger picture."