Lahiru Kumara sustained a torn hamstring on the second day of his side's opening Test against the Tim Paine-led side at the Gabba in Brisbane. 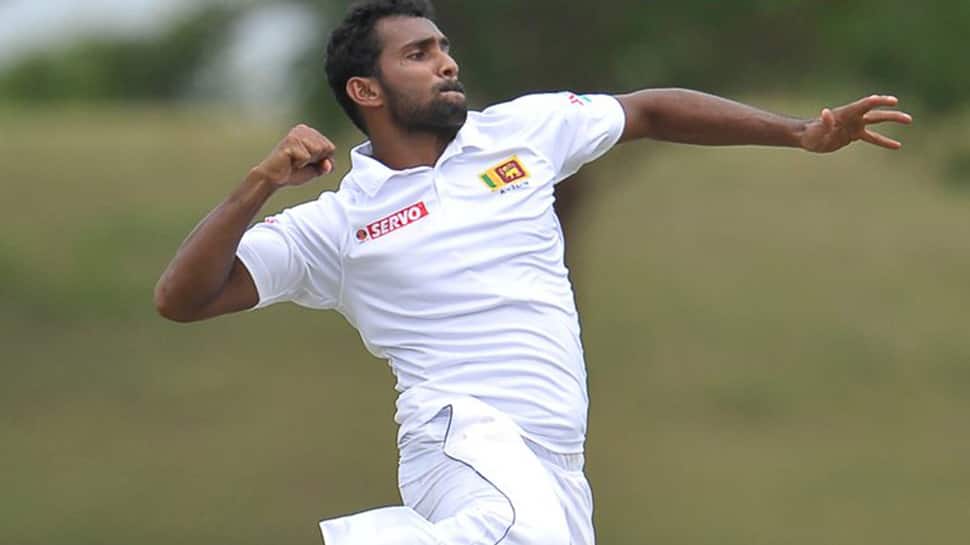 Sri Lanka fast bowler Lahiru Kumara has been ruled out of the second Test of the two-match series against Australia due to a hamstring injury.

The 21-year-old sustained a torn hamstring on the second day of his side's opening Test against the Tim Paine-led side at the Gabba in Brisbane. Sri Lanka slumped to a disappointing defeat by an innings and 40 runs in that match to hand the hosts a 1-0 lead.

As a result, right-arm pacer Chamika Karunaratne has been called into the squad to replace injured Kumara, cricket.com.au reported.

Besides Kumara, fellow fast bowler Dushmantha Chameera will also miss the upcoming Test due to an injury to his left ankle.

The national selectors confirmed that the two injured players would now head back home.

Sri Lanka will play the second and final Test against Australia from Friday at Manuka Oval in Canberra.

The revised Lanka squad for the second Test is as follows: