Kotak said Pujara's presence was a big boost for the team. 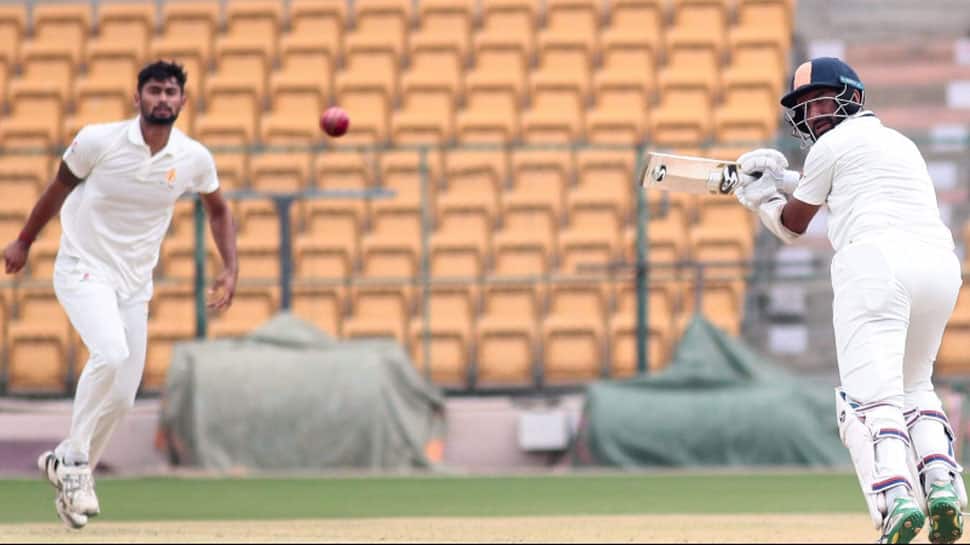 Saurashtra coach Sitanshu Kotak has hailed India Test batsman Cheteshwar Pujara as a player who has maintained the same determination, application and attitude towards the game since making his debut.

Pujara played a key role in Saurashtra's qualification for the Ranji Trophy 2018-19 final after the outfit finished second in the group stage. Pujara scored 67 runs off 110 deliveries in the second innings of a thrilling quarterfinal against Uttar Pradesh, as Saurashtra completed a record chase of 372 runs with six wickets to spare.

The 31-year-old then scored an unbeaten 131 off 266 deliveries in the semis against a formidable Karnataka, as Saurashtra sealed a spot in the final where they faced defending champions Vidarbha.

Kotak said Pujara's presence was a big boost for the team.

"I believe that Cheteshwar has maintained the same determination, application and attitude towards the game since his debut. However, he has certainly matured as a cricketer and developed into a more complete batsman," Kotak told Zee News.com during an exclusive chat.

"It is often observed that top cricketers find it difficult to motivate themselves after playing for India, during domestic tournaments like the Ranji Trophy. However, Cheteshwar maintains the same attitude, quality and temperament at every stage which is something I have observed in Ravindra Jadeja as well."

Kotak further elaborated on the impact that the presence of a quality player like Pujara, has on the side.

"Cheteshwar’s presence is a big boost for the team and the players are extremely happy to enjoy the company of a quality player like him," he added.

Pujara recently emerged as the leading run-scorer during India's historic 2-1 Test series triumph in Australia, scoring 521 runs in four matches at an average of 74.42. Australian coach Justin Langer had words of praise for the 31-year-old, whose excellent performances he termed as the difference between the two sides.