England fast bowler Anya Shrubsole was named the Player of the Match for picking three Indian wickets conceding 31 runs in her 4 overs. The England chase started on a wobbly note as they lost three quick wickets after India ended with 123/6 in 20 overs in the T20 cricket match in the Women's Tri Series in Australia. 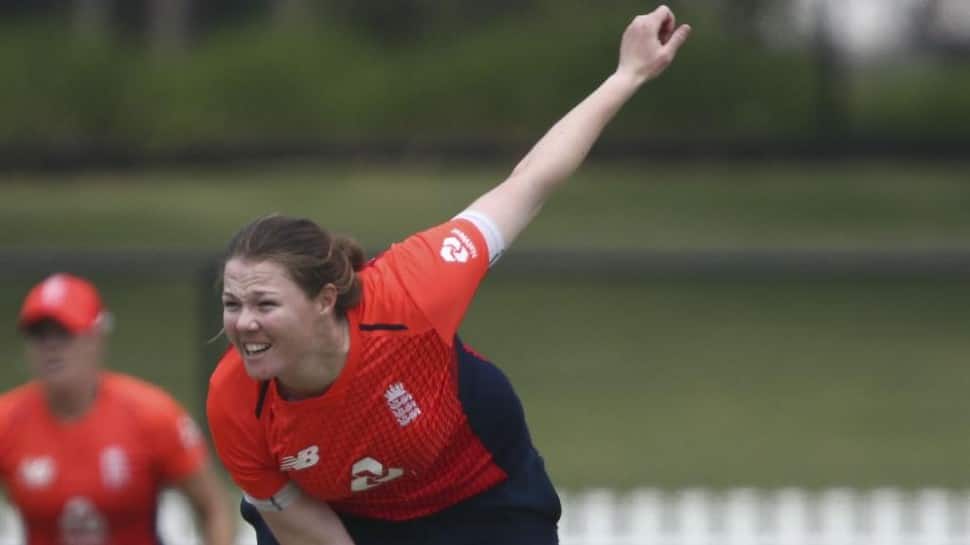 England women team took the top spot in the Tri-Nation Women's T20 Series 2020 after defeating India by 4 wickets on Friday (February 7, 2020) in the fourth match of the tournament. England reached the target of 124 losing six wickets in 18.5 overs. India at the bottom with 2 points from three matches with host Australia, who have played two matches till now, taking the second spot with 2 points.

England fast bowler Anya Shrubsole was named the Player of the Match for picking three Indian wickets conceding 31 runs in her 4 overs. The England chase started on a wobbly note as they lost three quick wickets after India ended with 123/6 in 20 overs.

The match looked to be tilting India's way but Natalie Sciver and England captain Heather Knight, who chose to field after winning the toss at Junction Oval in Melbourne, steadied the ship, Sciver's 38-ball 50 took the match away from India as no other bowler apart from Rajeshwari Gayakwad could make much of an impact.

England reached 124 in 18.5 overs losing 6 wickets when Lauren Winfield hit Radha Yadav for two runs. The other England batswomen on the scoreboard were Fran Wilson (20 not out), Amy Jones (1), Danni Wyatt (14), Katherine Brunt (8) and Tammy Beaumont (3).

Earlier, India started on a slow note. Shafali Verma (8) could not do much but the other opener Smriti Mandhana anchored Indian innings with 45 runs of 40 balls. But the other Indian batswomen failed to build the innings. Jemimah Rodrigues (23) India captain Harmanpreet Kaur (14), Veda Krishnamurthy (2), Taniya Bhatia (8), Deepti Sharma (9 not out) and Arundhati Reddy (7 not out) were the other scorers.

Apart from Anya, England's Katherine Brunt had 2 wickets to her credit and Sophie Ecclestone chipped in with the wicket of one Indian batswoman.

India vs England Women's Tri Series 2020: How the match progressed